Your objective in Sol 0 is to colonise the surface of Mars by delivering regular rockets of resources and then pairing those with the materials found on Mars itself to create a thriving colony of astronauts. Available on Windows, Mac and Linux Sol 0 is primarily a strategic management title as you pioneer space travel for those that are to come after you. 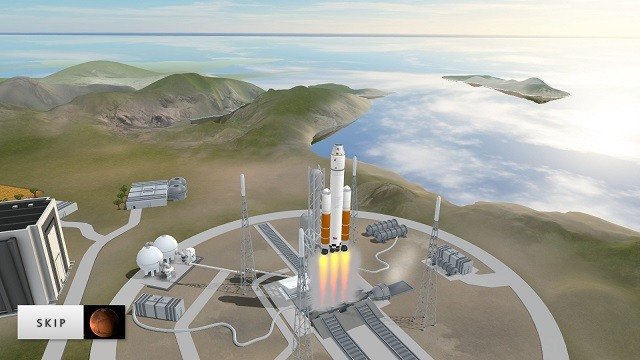 While the game is set in the future Sol 0 focuses on keeping the experience a realistic one, with technology available at the present day or what seems to be only a decade away and helps you quickly grasp the fundamental mechanics of Sol o. A staple of this technology is the rockets which you will periodically launch throughout your space colonisation mission and quickly become familiar with.

While the rockets can reach Mars without too much trouble you’re weight is severely limited making it difficult to take more than a single person or machine in your first few launches which does force a slow early game. While this early game pacing is ideal for your first few adventures of Sol 0 it does present a potential barrier to later playthroughs as there is limited potential to optimise this early game grind. 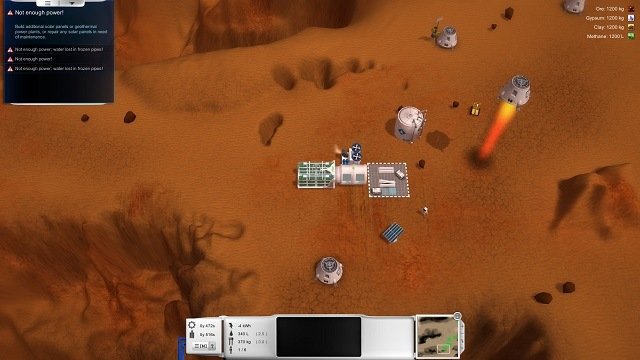 Sol 0 starts with one such rocket launch which will serve as your initial supplies of water and food while giving you a single astronaut on the red planet of Mars. Form here you’ll have to explore the surface with your rover machine to find resources underground for extraction, build some solar panels to capture the suns energy and an oxygen generator so you can begin to create permanent structures. With these foundations in place your Mars settlement has the necessary resources to begin expansion into the end game and these will be complemented with minerals from the Mars surface.

Going from single astronaut to multiple colonists is the hardest step of the game of the game though and not a leap to be taken lightly as it requires advancing through the four types of rockets. Accordingly this progression jump is the one you’ll spend most of your time preparing for in Sol 0 and where the bulk of gameplay lies. This giant leap for mankind requires careful resource management between all your available resources as you expand your settlement with storage facilitates, labs, reactors, generators, and living quarters that must all be connected by the appropriate hallway pieces (airlock, four way and straight). Sol 0 also exposes players to random events such as unpredictable dust storms and meteorite impacts. 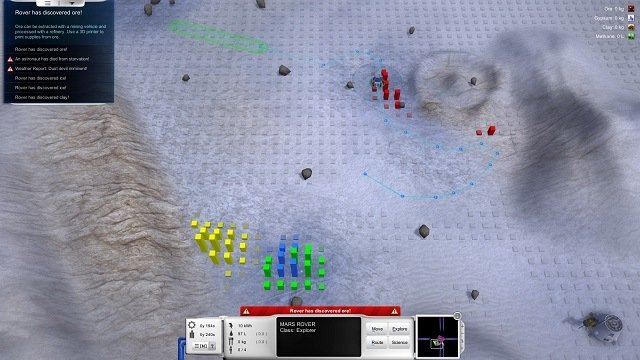 With these randomised disasters building on the already randomised maps and different planets available that have their own limitations you have a number of colonisation challenges to overcome in Sol 0 for those that want to go beyond their first colony. While veteran management fans won’t find themselves overly tested the simple setting and design of Sol 0 is appropriately matched with its price point.

This review was first published on May 18, 2016. Read our update policy to learn more.

Games Finder is a Steam Curator and featured in the aggregate review scores data of MobyGames and Neoseeker.
FEATURED ON
Games Like Factorio, Games Like RimWorld
LEAVE A REPLY Cancel Reply