Explore the depths of an underwater research facility in SOMA, a game that balances science fiction, walking simulator and psychological horror into a single adventure. 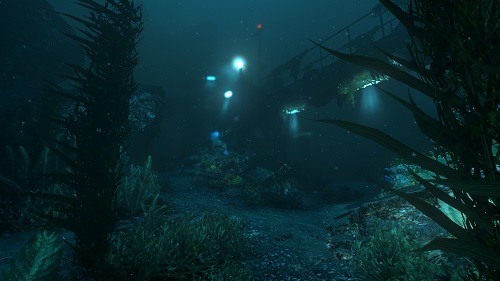 Referred to as PATHOS-II this group of stations that you’ll explore is on the verge of collapse after years of insufficient maintenance has landed it in a state of utter disrepair. It’s purpose was to launch objects out into space rather than using conventional rockets to save on costs.

The station unexpectedly became more than that though after an extinction level asteroid event destroys the human race, leaving the only survivors as those that were inside the underwater station at the time. Joining the remaining humans in their isolated bubble are a number of machines in the facility which grow continually conscious of their existence.

Your role in this setting is as Simon Jarrett, a car accident victim with severe brain damage who recently awakens on the station while learning more about the reasons for its creation and assisting Catherine launch the ARK into space, a powerful computer capable of replicating a simulated Earth world. 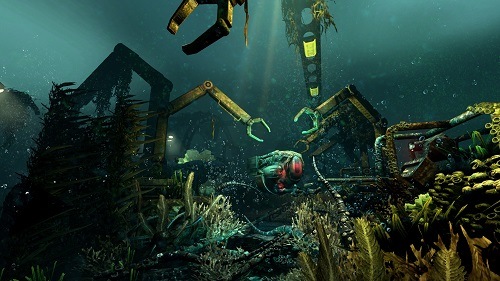 Similar to Amnesia from the same developer SOMA’s gameplay revolves around story telling, stealth and puzzles. This time around though you’ll have less inventory management to worry about which helps build greater immersion to the grim underwater world. This ties in closely with the psychological horror elements that rely less on direct scares.

Players who enjoy exploring every square inch of a game will get the most out of SOMA with its storytelling primarily explored through the links of audit tapes, notes and other scattered pieces of clues.

Games Finder is a Steam Curator and featured in the aggregate review scores data of MobyGames and Neoseeker.
FEATURED ON
Games Like Amnesia, Games Like Dear Esther, Games Like Firewatch, Games Like Gone Home
LEAVE A REPLY Cancel Reply