Soul Sacrifice is a unique and dark action adventure game for the PlayStation Vita that launched in 2013 that introduces a unique premise onto the standard action RPG hack and slash experience. In the game players will sacrifice parts of themselves (or items) to unleash powerful and reckless attacks on their enemies with a finite self sacrifice ability and the build up of scars on the player’s body.

In addition to these unique ideas Soul Sacrifice is definitely not short on story elements and offers more story than most games in the genre to build out your adventure. At the same time It’s designed in a way that can be easily skipped over for those that would rather focus on the sacrifice orientated action but you’re only robbing yourself from a great experience if you choose to do so. 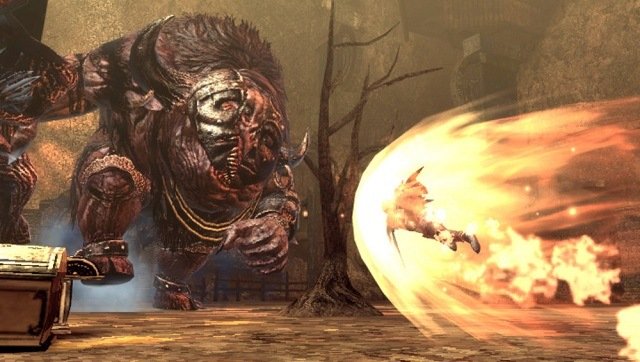 In this dark game world you’ll play as an innocent victim of Magusar, a powerful and evil sorcerer that consumes the lives of humans to give himself eternal life. Just before you come to be sacrificed a talking book by the name of Librom comes to you and decides to help you end the reign of Magusar once and for all.

Players are only a mere innocent bystander though and don’t possess the sufficient power level to face Magusar but thankfully Librom is an ancient book that contains the history of all Magusar’s battles with demons and by using the power of the book you’ll be able to go back in time and experience these fights. By fighting the same fights as Magusar you hope to gain the power and experience that is necessary to defeat him and end the cycle of sacrifices. Depending on your actions players can experience three different endings one of which is tied to defeating Magusar before completing all available stories for those players seeking a greater challenge. 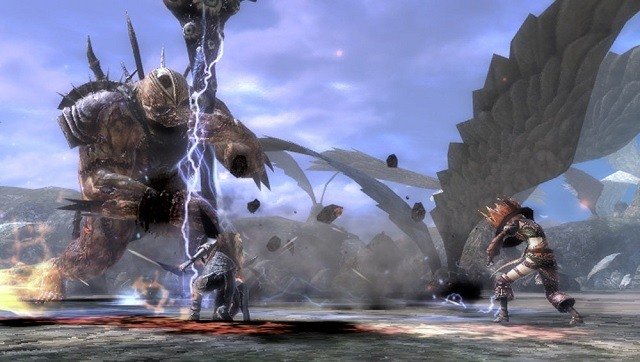 Gameplay in Soul Sacrifice all happens from a third person perspective and offers plenty of customisation depth for players to create their ideal fighter both in terms of skills and visual design. In turn players can create a character that thrives in a particular role (damage, ranged, melee, support or tank) although given only a portion of the game is available for four player co-operative gameplay players are often best with an attack orientated build with some support abilities.

Part of this customisation stems from the offerings system which provides spells such as homing attacks, summon allies, conjure a bomb, produce a shield and dozens of other variations. Unlocking these requires players to achieve specific scores or objectives within each stage with some unique to certain bosses. Continuing on with the sacrifice theme the use of these abilities is recharged through sacrificing enemies. This creates an interesting balance though as choosing to save enemies when they are knocked down restores your health pool instead. 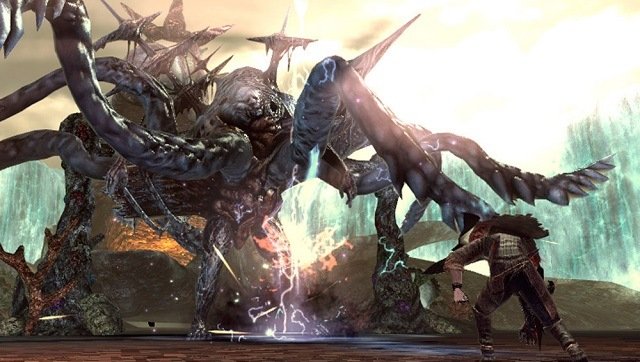 The ultimate sacrifice though is one of your own body parts with 7 black rites that players can complete at the cost of status effect for that stage until players can return to Librom’s Lacrima in the game menu. These black rites include options to sacrifice your skin for fire damage but the loss of 50% defence, your heart for a powerful sword attack although you’ll lose life periodically and your eye for additional piercing at the cost of vision.

With the interesting sacrifice mechanic at the heart of gameplay in Soul Sacrifice it goes well beyond the usual hack and slash affair and encourages you to think carefully about all your combat resources.

Games Finder is a Steam Curator and featured in the aggregate review scores data of MobyGames and Neoseeker.
FEATURED ON
Games Like Bloodborne, Games Like Dark Souls, Games Like Dragon's Dogma, Games Like Monster Hunter
LEAVE A REPLY Cancel Reply