Set on the otherside of the galaxy that we know with limited resources a powerful corporation has sent a crew of explorers to survive and eventually turn a profit for themselves. With this base deep in alien territory you’ll have to keep these explorers safe from the hostile alien threat that circles your base. 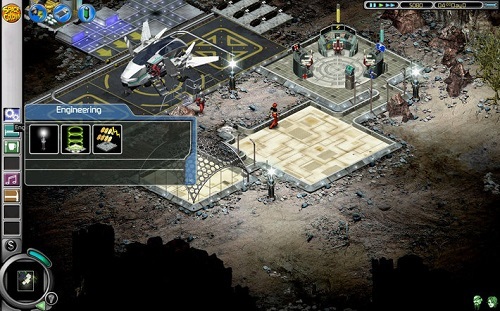 Part simulation game Space Colony requires players to not only expand their base but also keep their colonists happy. With each having a mind of their own and a paycheque that they require you’ll have to keep them safe and happy otherwise you’ll have a riot on your hand. With over 100 buildings to design a colony and meet their needs the range of designs are extremely varied.

This large number of buildings makes for interesting decisions through the campaign, do you spend your little resources on a new laser defence system or a restaurant to keep your people happy. These people can also learn their own specialities to make them formidable mining engineers or laser specialists. 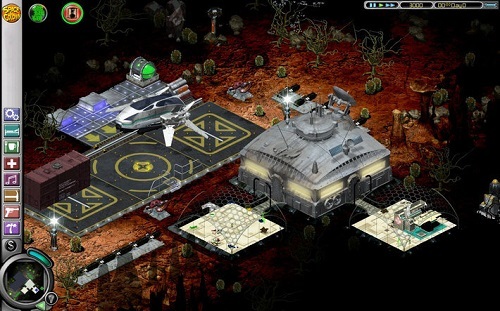 Space Colony splits this campaign further into two different experiences. On the more casual and easy side you have your ultimate objective to develop a tourist hot spot on the planet. For those wanting more of a challenge the military based campaign where you build a military base (complete with defences) offers a different game experience.

The unique mix of building up your own colony with strategy elements and the sim management of your people as you develop them for particular tasks has allowed Space Colony to stand outside normal genre confines. It’s gameplay has some rocky elements though with repetitiveness and average AI stop it from being a galactic title.

Games Finder is a Steam Curator and featured in the aggregate review scores data of MobyGames and Neoseeker.
FEATURED ON
Games Like Dungeon Keeper, Games Like Dwarf Fortress, Games Like Evil Genius, Games Like RimWorld
LEAVE A REPLY Cancel Reply