Space Empires IV is part of the popular and long running 4X space strategy genre which has players attempting to achieve galactic conquest through turn based gameplay that utilises 4X fundamental gameplay. With a galaxy at your fingertips it’s an expansive game experience in line with the past titles that focuses on the explore, expand, exploit and exterminate framework of 4X. 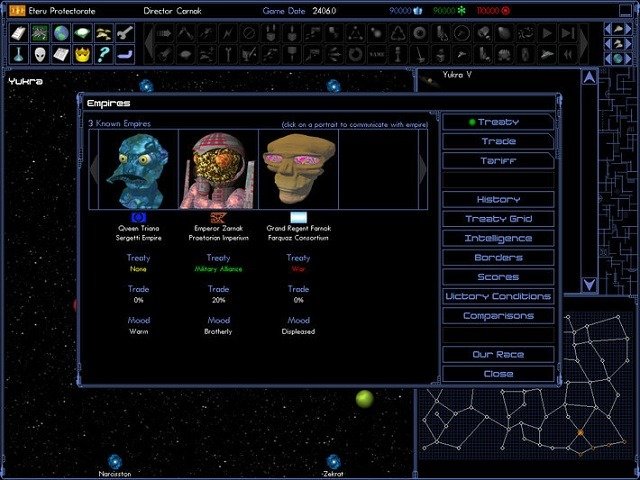 Space Empires IV (and the other games in the series) are often compared to the popular Civilization franchise with the setting being the main difference between the two games which allows a galactic adventure rather than an Earth specific one. In Space Empires IV players take control of one of many alien races and attempt to take over the galaxy through raw power or taking the political route to ally with the other races in the game. Galactic conquest is particularly satisfying in Space Empires IV with some extremely powerful technology at your disposal that even allows you to completely wipe out planets or turn stars into black holes at higher research tiers.

It’s clear that Space Empires IV offers just as much if not more depth than the popular strategy games of the age and weaves choice into all the game elements. The starting point of which is your race selection who come with their own traits and special technology thus catering for a different playstyle. This diversity works for and against the player by offering a range of strategies to be employed but also an equally diverse range of strategies to be used against the player. 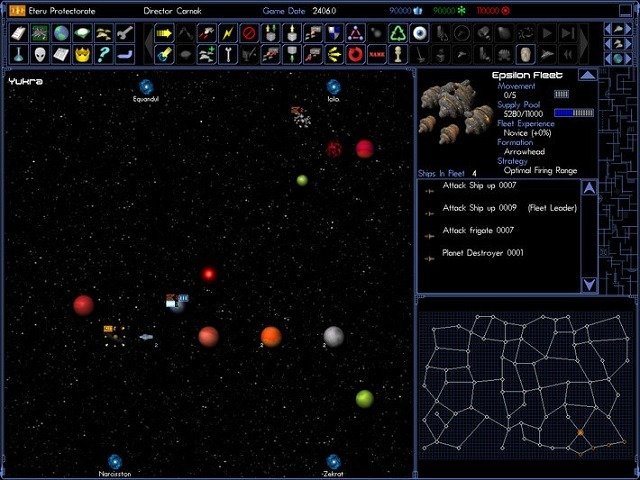 In total you’ll be able to explore 18 stock races that allow for further tweaking in game by the player offering such options as the Abbidon who prefer gas planets and are a peaceful race with psychic powers to the Amonkri that inhabit ice planets and have xenophobic traits or the aggressive Fazrah that prefer rocky landscapes for their home. Each of these races comes with their own biological, societal and historical descriptions within Space Empires IV alongside their own vastly different appearances, ship designs and general technology tree which features over 500 components that vary between races..

Finding suitable planets on your journey to winning the game is the next half of the battle in Space Empires IV with planets of varying sizes, mineral resources, atmosphere and other conditions found throughout the universe with the game supporting over 1,500 planets per game. Once a planet is claimed the player can then build various structures to harvest the planet’s resources to fuel further expansion, war or political influence towards your end game objective. 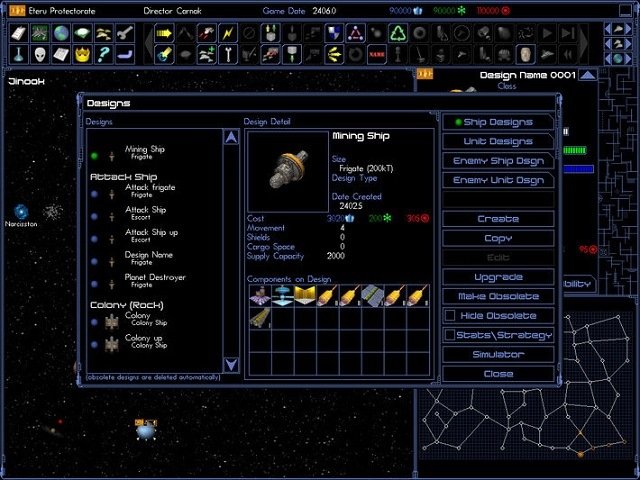 Said objective is closely linked to the technological and strategy decisions you make which form the other half of your Space Empires IV challenge. Be it investing heavily into your ships to scout planets at faster speed or upgrade your structures to generate more from a small handful of planets that are easy to defend there are plenty of trade off decisions to be made. This design also ensures that there is enough room for players to tackle the game using completely different technologies for the same race.

With the fourth game in an already high quality 4X strategy genre Space Empires IV is an attractive option for complex and deeply rewarding space themed strategy. For those so inclined a range of community created mods can also extend the experience beyond the original vision for even greater challenge and variety.