Space Empires V was released in 2006 and was developed by Malfador Machinations. The game offers a 4X turn based experience that is very similar to that of the Civilization series. 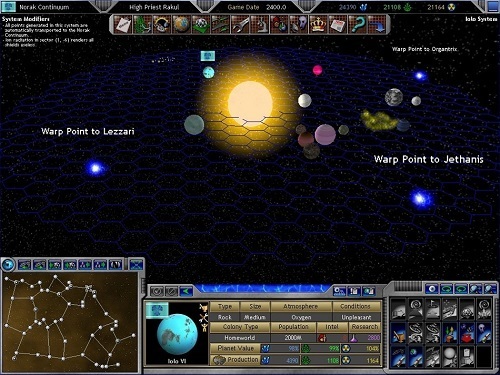 The game builds on many of the gameplay elements, races and technologies from the previous games in the series (such as Space Empires IV).

Space Empires V is not simply an upgraded version of its predecessor though with many gameplay improvements altering the game in drastic (but positive) ways. The biggest feature is the introduction of 3D graphics and a completely overhauled user interface to make the game more accessible. Space Empires V also uses a real time combat system that strategy fans will recognise from the popular Total War series.

This combat system has players controlling their battle movements in real time while the rest of the game takes place in a turn based environment. Space Empires V also introduces ground combat to the series in addition to the standard space battles.

When players aren’t exploring the universe and battling enemies you’ll focus on building your space age empire while also researching various technologies to keep you ahead of the competition. 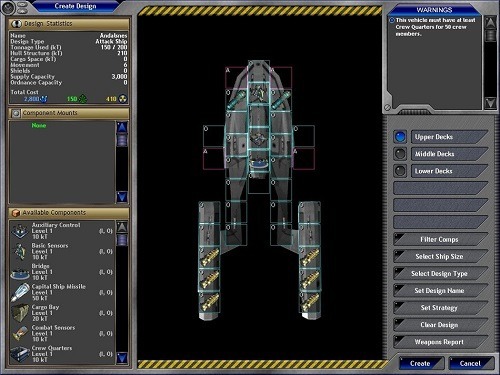 Race selection has always been a defining element of the Space Empires series and it returns just as strong in the fifth game in the series. Space Empires V offers 14 very unique races to choose from while also allowing players to easily create their own. When creating your own race players can choose a massive amount of detail to give their custom race a real galactic feel. Customisation options for races include government, social, shipsets and improved starting technologies (to create your races strengths).

The only thing that really lets Space Empires V down is the level of complexity that it presents to new players which will turn everyone but the hardcore away. If you’ve got the patience for a hefty learning curve though you’ll be rewarded with a brilliant space strategy game.