Imagine you find yourself in a procedurally generated galaxy at the wheel of a spaceship hurtling through space to find exotic ingredients, craft recipes and delivering them to your waiting customers. This is the setting of Space Food Truck which pairs with co-operative gameplay and deck building to round out this galactic adventure. Space Food Truck is not content with operating in a single genre and instead mixes rouge like gameplay with card games, strategy and even cooking. All of these mechanics feature elements of randomisation to ensure Space Food Truck is highly replayable either alone or with friends. 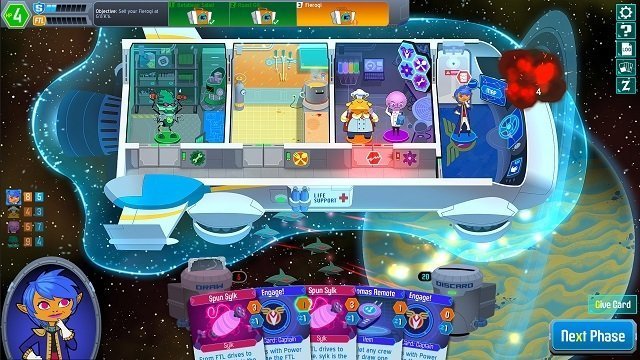 Supporting play for between 1 and 4 players you’ll take on the role of one (or more) crew members as you work together to create and deliver 3 food items across a randomly generated galaxy. Each game promises several hours of game time and can be played across 4 different difficulty settings to test your culinary abilities. While the last difficulty (Dragon Sweat) in particular will require a fair bit of luck in the random elements of the game the others are balanced nicely to give you that sense of progression between each difficultly. The levers used for this difficultly levels are primarily set around your starting position with harder difficulties starting you with a weaker ship and some parts of your ship already broken and needing repair.

Mechanically achieving your delivery objective sees players taking on the role of Captain, Chef, Scientist and Engineer who have their own abilities on the ship but still rely on each other for a successful delivery. The Captain for example obtains information about surrounding planets and carefully selects the nodes to visit based on the scouted information to ensure you can keep your crew stocked with powerful (and useful) cards. In the room next to the Captain sits the Scientist whose careful investment from research will grant powerful unique cards not available through other means. 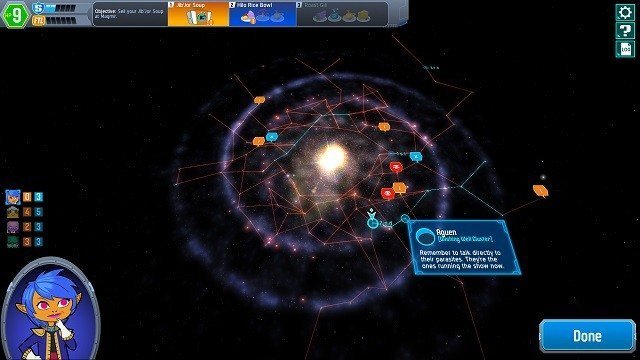 While the Chef one door down is the creator of your culinary sensations and also doubles as a card eating machine by taking useless cards away from your other roles and removing them from play. Finally is the important Engineer the only one capable of keeping the ship repaired and also upgrading it to withstand further brutality in the future. No single role can do it alone though with careful planning of turns, swapping of cards and sometimes sacrifice being key to victory.

All of these abilities are tied to game cards which players select from their hand as they are drawn from the deck. While your deck starts at only 10 cards (with players drawing 5 each turn) it can quickly explode in size as players are forced to buy a card at the end of their turn from the Zap-Mart which stocking is part of the Captain’s role. Having the money to purchase a strong card is another matter with cards having a monetary value to them which quickly exponentially causes issues if you pick up bad cards that are either useless or have low monetary value. It takes a few attempts to understand the flow and best strategies but once understood still offers a challenging adventure.

In Space Food Truck your main enemy is not the space pirates or the wormholes of space but instead deck bloat which limits your characters abilities to perform their primary function and keep the ship operational. The Vexel scum will particularly be a consistent thorn in your side as they offer no value but can quickly infect and dominate a character’s hand if not dealt with quickly. Of course there are number of mechanics to counter this from cards that can destroy unwanted cards to some of the Chef’s core abilities. 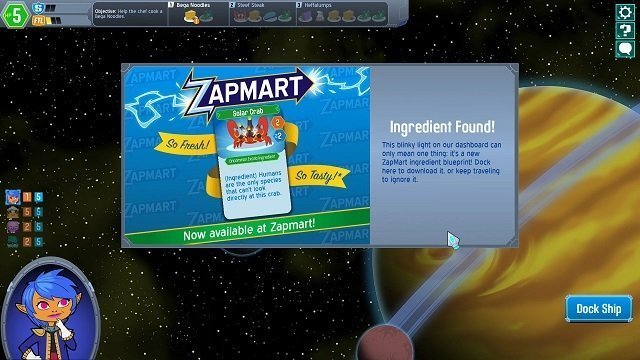 Strategic allocation of cards in the Zap-Mart, careful planning of character turns, constant deck management and even trading cards between characters is where most of the strategy in Space Food Truck comes into play. While it sounds simple enough random events which occur every time you jump to a new planet and at the start of each turn can quickly derail even the most robust plans requiring you to adjust your strategy with the literal random hand you were dealt. Maybe your life support will be damaged, your shields completely drained or a vital card sucked away, it’s up to you to overcome this disadvantage and adapt.

As either a single player game or co-operative one Space Food Truck is exceedingly enjoyable although the small community makes it imperative you pick it up with a friend to ensure you can get the full experience.

Games Finder is a Steam Curator and featured in the aggregate review scores data of MobyGames and Neoseeker.
FEATURED ON
Games Like Deck Heroes, Games Like FTL: Faster Than Light, Games Like Hearthstone, Games Like Magic The Gathering, Games Like Overcooked
LEAVE A REPLY Cancel Reply