Space Funeral sets a whole new standard in weird gaming with a surreal RPG that mixes horror and the strange into one. Mixing ghouls, ghosts, dark caves, freakish monsters, lions and even Dracula himself the mixture of content in Space Funeral is as vast as it is crazy. The game is free to play and made with RPG Maker. 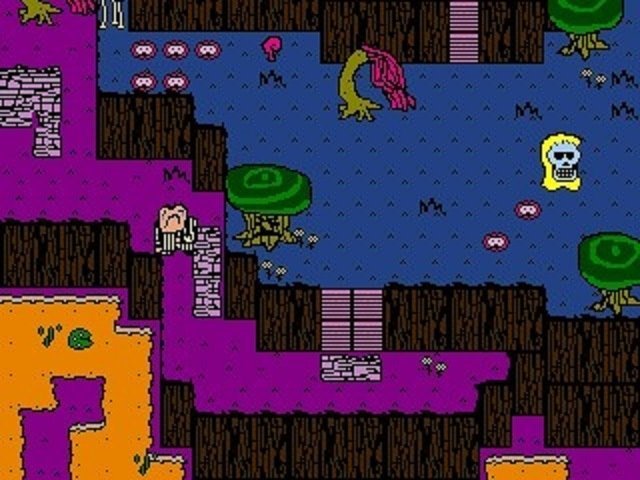 Space Funeral follows the adventures of Phillip, a young boy who likes to wear pyjamas and cry. Having been recently kicked out of home by his parents he now has to face the darkness of the real world by himself where he encounters things that are truly out of this world.

Soon into his strange adventures he discovers Leg Horse, who is literally a horse like animal made out of only legs. Serving as your first indication that perhaps you should turn back and never open up Space Funeral again those that ignore this warning and continue on will join Leg Horse (as a slave) to seek answers on why it is in existence in the first place.

The world of Space Funeral only grows in darkness from this point onwards with blood, skulls, spikes and strange monsters quickly becoming the norm throughout your eerie adventure. Monsters are equally quirky with various real life inspired creatures like the blood wolf and ground shark but also many seemingly unrecognisable enemies that seem to be have invented in a parallel universe where everything defies logic. 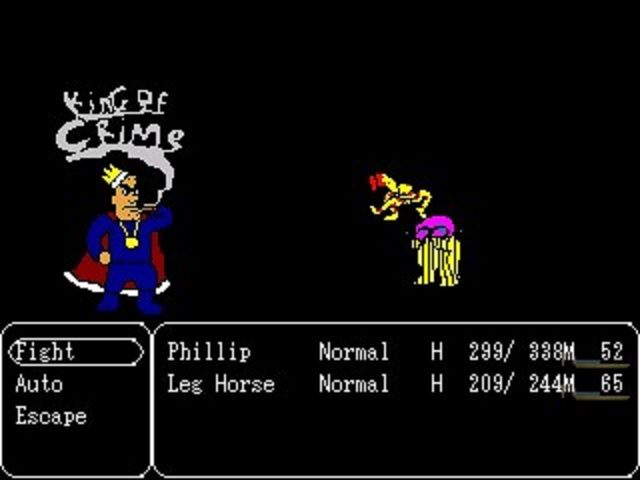 Fighting these enemies is often a requirement in Space Funeral and done through a separate combat screen that activates when you touch an enemy while moving around the game world. This is a simple turn based affair where you’ll command your party members to attack, use skills or items during their turn. Accordingly there is some strategy at play in Space Funeral and there is the odd difficult fight where you’ll have to plan appropriately to achieve success.

Each character can level up separately and has their own inventory items to give you a sense of battle progress throughout gameplay as well. Players that are diligent with their itemisation will have the most success and be well armed for the aforementioned odd difficulty spikes. An auto fight option is included in Space Funeral for those that don’t want to spend too much time in the battle sequences. 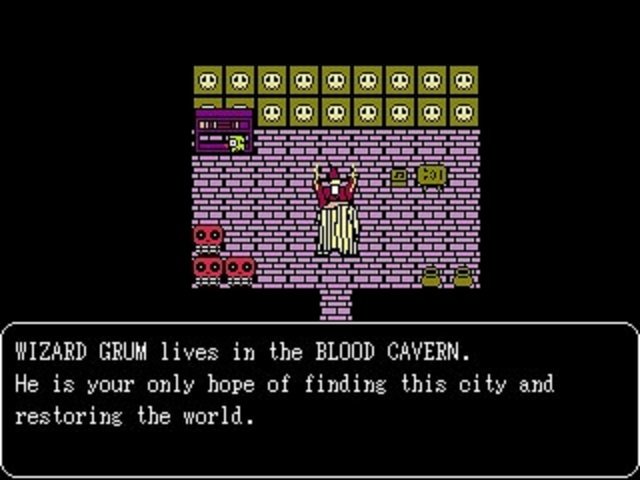 The irony of events isn’t lost on the game world or the NPCs that populate it either, with various meta-fictional encounters that add an extra element to the already wacky journey. This approach to the fourth wall also makes Space Funeral reminiscent of cult favourites Earthbound and Undertale in overall game tone, albeit a more eerie presentation.

Despite its short nature its hard to fault a free game with this much character, it won’t appeal to everyone though because of its high level of bizarre content.