Take flight in Space Rogue a space ship adventure game that combines the likes of tactics, exploration and strategy as you explore the galaxy with your own ship and crew. Fans of Faster Than Light will instantly recognise the gameplay although Space Rogue offers a number of extra mechanics to explore. 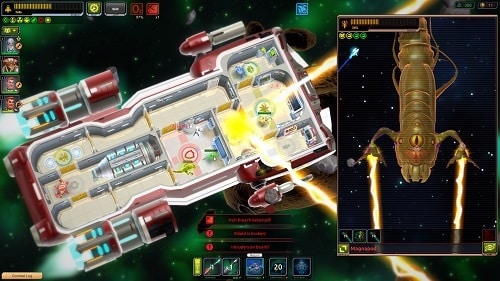 The primary draw of Space Rogue is the randomised worlds which ensures each playthrough is different. Pulling from a pool of 200+ randomised events and quests each jump to a new location hides an interesting event for players. Events include things like gifts, battles and plenty of other random encounters that are best experienced in game. After each jump players can also spend some of their game currency (credits) to venture down to the planet surface and mine the planet for resources.

At your command in Space Rogue is both your spacecraft and crew. Additional spacecraft slowly unlock as you progress with each having their own ship layout, weapons and special systems. Similar to FTL players not only command on a ship level but also must direct their crew members to man stations, battle intruders and repair damage. 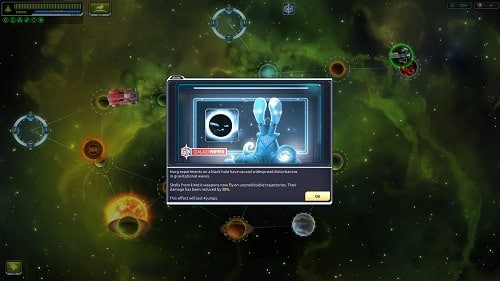 To have any hope of your survival players will need to focus their credits and titanium towards various upgrades. Be it new weapons for maximum damage from a trader or improvements to the systems themselves with titanium to increase their potency.

Other game mechanics to uncover in Space Rogue include 6 races with their own tendencies, reputation and a sandbox mode where the game generation parameters are put back into your own hands. For fans of FTL it’s well worth experiencing Space Rogue which has many similarities although still enough uniqueness to offer.