Now you can fight with the Spartans in Sparta: War of Empires, a real time strategy game that puts you in charge of the army against the Persian forces. It’s a title with clear inspiration from Spartan lore, legend, history and the popular 300 film. To drive this point home even further players will be treated to some impressive voice acting and strong visual presentation that bring this historic civilisation to life and puts you in the mood for battle against your Persian foes. 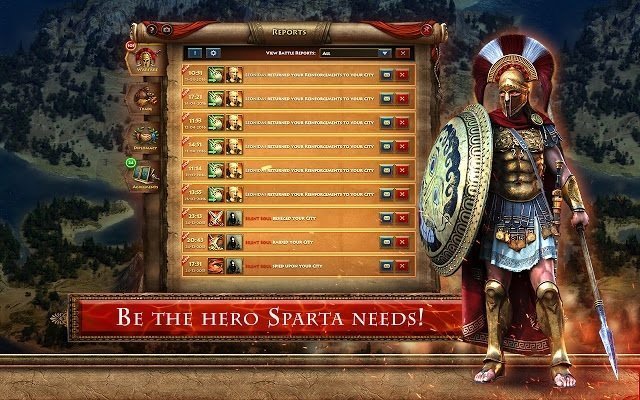 Gameplay in Sparta: War of Empires sticks closely to the massively multiplayer real time strategy genre as you collect resources, construct buildings and equip your troops for the battles ahead. Much like other games in the genre it’s a quest driven experience that will always give you a new objective or achievement to chase and ultimately direct the path of your Sparta empire. Unfortunately one element of choice is absent from Sparta: War of Empires with players not having the ability to choose where their buildings are constructed reducing this to a pre-set settlement design. This is somewhat offset by the generally strong default design of the empire which includes some animations on town activity to help you get the sense of a thriving empire.

As is typical players will start out with nothing and eventually boom into a military powerhouse through careful management of the economic, political and military health of their empire. Each of these aspects are handled through one or multiple buildings within your empire which upgrade and unlock additional functionality through progression which is primarily done through conquest of rival lands. 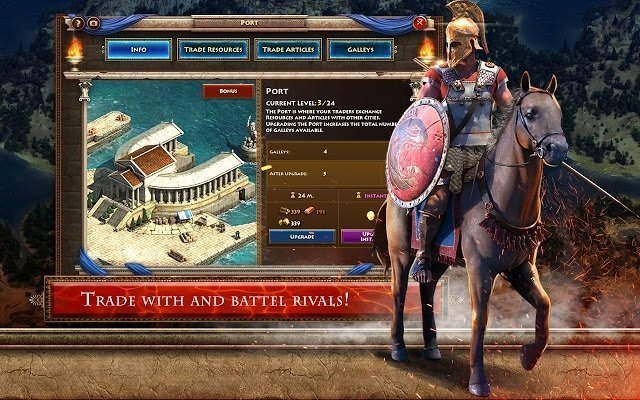 No army can take the fight to their enemies without a proper foundation though and this serves as the first step in your  Sparta: War of Empires adventure to build up the necessary resource generating buildings. These include the farm (grain), forge (bronze) and lumberyard (wood) which serve as the staple game mechanics. To boost your resource generating even further players can build and level up special temples for powerful blessings from the historical themed Gods.

While resources are the cornerstone of any civilisation you won’t get far without a military behind you which is where buildings like the stables, barracks, hall of heroes and armoury come into play. These allow you to recruit varied units with unique statistics, pair them with battle heroes and upgrade their kits to be formidable upgraded warriors on the battlefield. This is balanced with the ability to build walls and towers that can protect lands, ports and academies which can save on lost resources from enemy raids. 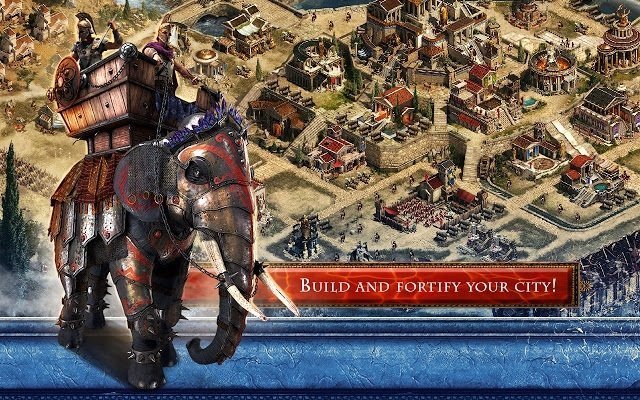 As you advance your military prowess becomes increasingly vital for both defence and offence as you raid rival players and advance your war effort against the Persian army through the PvE designed battle campaign. Battles like similar web based titles are automatic and thus focused on preparation, technology and appropriate unit numbers which requires you to make calculated risks before you send your troops into combat.

As far as the MMORTS genre goes Sparta: War of Empires makes it to the upper half of the spectrum with it standing out from the flock with its focus on higher quality graphics, included voice acting, number of buildings and being able to capture the Spartan lifestyle.