Spec Ops: The Line combines third person shooting with a war like setting as players get a taste of the psychological impact that drawn out engagements have on those in them. 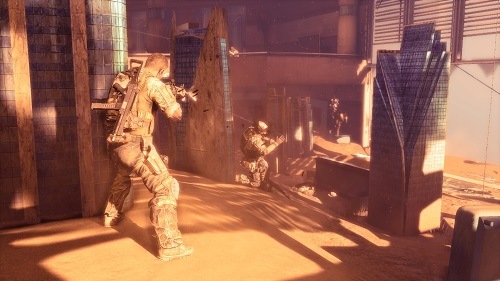 The story follows the battles of Captain Martin Walker who explores a Dubai in ruin with his team of elite Delta Force. The game is set several months after the catastrophic dust storms that have left Dubai in a state of ruin which has left many civilians in dire circumstances. Upon your reconnaissance mission players uncover something unexpected which leads to many weapon based confrontations.

These fights are all about using cover effectively and commanding your squad in the sandy urban conflicts. Basic commands available to players include assisting a downed squad mate and focusing fire on a particular area or target.

As play progresses new weapons, equipment and mechanics are introduced to give the game a solid progressive curve. Weapons include standard handguns, machine guns and rifles as well as varying fire modes and attachments for each.

While on the surface the game is about following through the story and battling the situations that are thrown at you it is the subtle undertones that really make Spec Ops: The Line the great experience that it is. These were injected into the game to capture the weakening mental state that war inflicts. 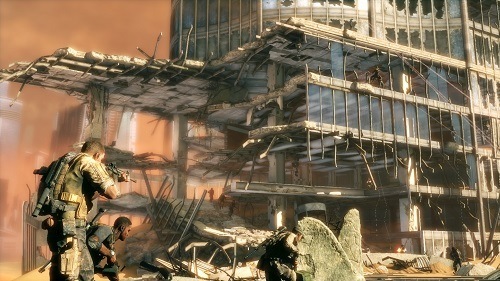 Things such as hallucinations, increasingly brutal enemy executions, more violent commands and even in game tips that go from helpful to aggressive.

For a game with great third person shooter gameplay and an interesting look at the impact of war, Spec Ops: The Line is a game worthy of your game budget.

This review was first published on January 18, 2014. Read our update policy to learn more.

Games Finder is a Steam Curator and featured in the aggregate review scores data of MobyGames and Neoseeker.
FEATURED ON
Games Like Life is Strange, Games Like Max Payne
LEAVE A REPLY Cancel Reply