Special Enquiry Detail: The Hand that Feeds is a multi-platform game where you’ll have to catch the criminal while uncovering hidden objects in a variety of scenes. It’s not the first such experience from G5 Games and is unlikely to be the last but it’s definitely one of the more refined offerings from the publisher by implementing lessons learned from the past similar titles. 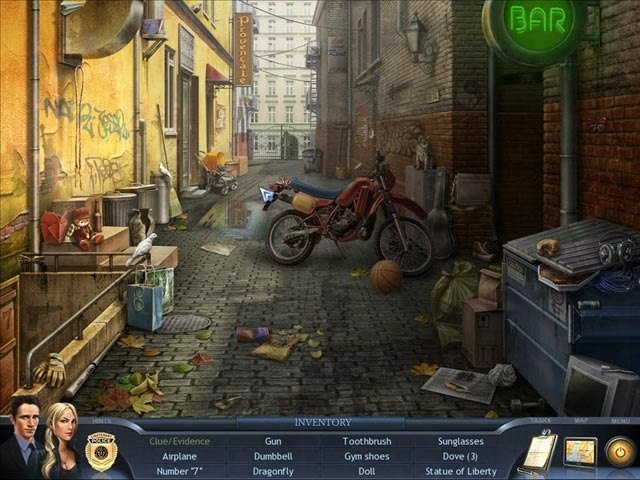 In the game you’ll be partnering up with detectives Brody Lamonte and Cathy Turino who are recent hires in the Special Enquiry Detail unit who are responsible for investigating the most severe of crimes thanks to their experience and equipment.

Players are thrown right into the first high profile case soon after being introduced and also serves as their first case together so the pressure to deliver is high. This case has you exploring the brutal death of a daughter within a wealthy family, which includes a few twists you won’t be expecting as you explore the more than two dozen locations in the dozen game chapters.

Despite this large number of locations each has been carefully crafted to deliver immersion and forensic realism with each detail selected for specific purpose to slowly unravel the mystery of the crime. Alongside these locations 25 varied mini-games are on offer to ensure Special Enquiry Detail: The Hand that Feeds is more than just hidden objects. 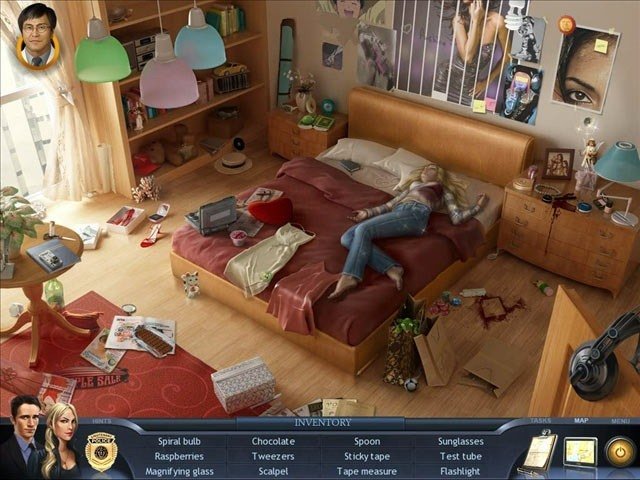 Gameplay in Special Enquiry Detail: The Hand that Feeds is comparable to others in the genre with the likes of clue collection, interviews and information finding puzzles which all meld together to create the sense of truly being an investigator in the crime unit.

All of these elements tie together with clues from one element often being the vital piece to another with just enough logical deduction to required to keep the game moving forward but also providing that sense of accomplishment. If these aren’t up your alley or prove too difficult then they are skippable after a certain amount of time has passed. Unlike freemium games in the genre these such skips aren’t restricted and unlimited provided you wait out the timer.

The main focus of Special Enquiry Detail: The Hand that Feeds though is the aforementioned hidden object gameplay and is well designed with colourful scenes where you’ll have to find a random list of items along with a vital piece of information referred to only as the clue. Finding all of these is often quite the trial with 1 or 2 objects proving more hidden than others although you can advance without finding them all depending on the level. However, a Find All mode is unlocked after the main adventure that requires them all to be found should you be a hidden object master wanting a challenge. 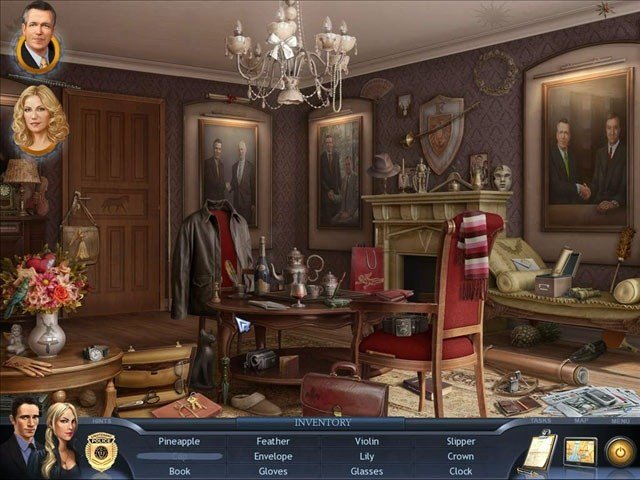 All these mechanics are wrapped in a pretty believable although generic story that offers a good balance between gameplay and the story elements. It is somewhat let down by the poor voice acting though that breaks the immersion and makes it hard to take the murder mystery elements serious at times.

Games Finder is a Steam Curator and featured in the aggregate review scores data of MobyGames and Neoseeker.
FEATURED ON
Games Like Criminal Case
LEAVE A REPLY Cancel Reply