Species: Artificial Life, Real Evolution can be considered a more detailed version of the evolution elements in Spore, focusing on simulation rather than traditional gameplay. The game captures the true essence of evolution and gives you a front row seat. 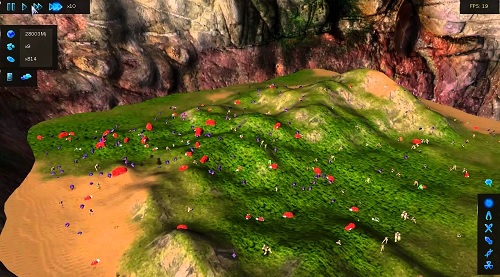 The game aims to be an accurate evolution simulation game that lets you watch (and even change) the role of natural selection. No other game lets you enjoy evolution first hand and have so much control over the shape your artificial game world eventually takes.

Species is an entirely sandbox experience with no objectives. Combined with the huge number of factors that you can control the possibilities are limited only by your imagination and your willingness to try ridiculous things. Species is all about watching your organisms evolve and then using your available tools to help your favourites succeed or performing weird and wacky experiments (like who would survive if the world flooded suddenly).

Starting a new simulation in Species is where your huge number of available options starts. Options include starting creature (from which all future creatures will evolve from), number of starting creatures, map type, world size, tree growth rate, temperature, mutation rate and much more. Playing around with just these options alone leads to very different experiences and it is surprising what a small change can do to the evolution of a species. 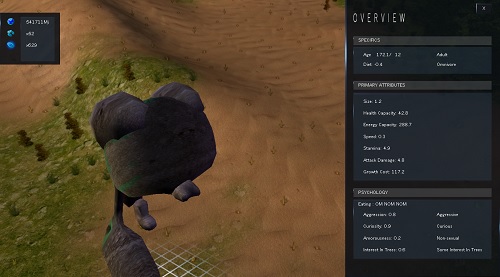 Once in your simulation the options multiply even further and you’ve got plenty of impressive interfaces and stats to help you track the progress. In game options include controls over temperature, water levels, food supply while also giving players the option to move, feed or kill their various little creatures. Players can either do this on an individual basis or release rovers with particular settings to do it on a species wide level.

Species: Artificial Life, Real Evolution is easily the best life evolution experience out there and it is only going to evolve with future updates.