Spellbinders sees players joining in on the war of the Titans as they fight for bragging rights on the summoning battlefield with PvE and PvP content available. Pick your Titan from the ancient powers and send your units to face off against the opposing Titan in a 3 lane battle on your mobile device that focuses on strategy and a more defensive style than most in the genre. 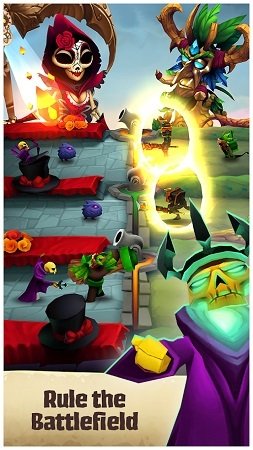 Ideal for short games but also addicting over the longer sessions Spellbinders is a strategy game which incorporates both single player and multiplayer components to ensure all tastes are catered for across the available game modes. While the single player portion serves as your introduction to the game and allows you to refine your understanding of the mechanics you’ll get the most excitement from the PvP against other players as you match your wits against that of another human player.

Regardless of mode you’ll slowly earn new runes to give you increasingly more tactical options through one of the four original release titans of Theos, Scraps, Oakroot and Mortis (later expanded to 6 with Arachnid and Jinni). Each of these titans is equipped with their own 10 units and 2 special units that provides some variety of playstyle in conjunction with their special abilities to take out a wave of enemies, stop enemy movement entirely or boost attack speed of units draining your health pool. 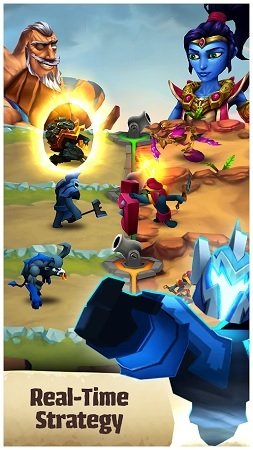 Mechanically Spellbinders is played across 3 lanes, each with a cannon in the middle of the lane which can be claimed to assist in damaging your enemy. Your primary resource is mana which regenerates slowly over time and is used to summon in heroes in one of the three lanes or cast a spell to hinder enemy movements or cause direct damage to minions.

Each unit costs a different amount of mana and has their own health rating and speed with some having a unique ability although these generally come at a higher mana cost. When units meet in a particular lane they’ll face off against each other, with the higher health unit eliminating the other. Units with the same number of life hearts will both eliminate on contact. Your overall objective in Spellbinders is the enemy health pool which can be brought down by winning a lane with your summoning and either taking over the cannon for consistent damage or having a unit reach the enemy base for direct damage. 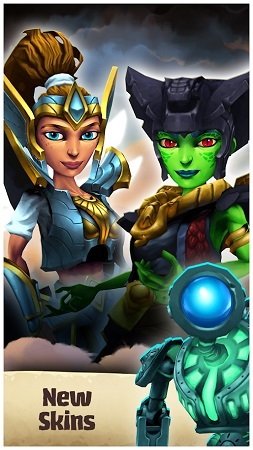 For the competitively minded mobile gamer Spellbinders offers a light amount of strategy that makes it accessible as you chase bragging rights across the leaderboards.