Offering up a simple fantasy card experience across desktop and mobile Spellstone captures the familiar formula of obtaining cards, upgrading them and using them in battle. 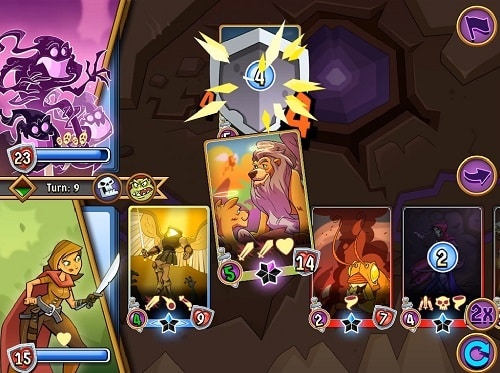 Set within a fantasy world Spellstone offers some healthy story to give your campaign context. Said campaign revolves around adventurers in search of powerful monsters from the past contained within special stones. With the basic story aside players will jump quickly into the tutorial battle to master the mechanics.

From a mechanics perspective the game plays similar to other mobile card games, with a simple set of rules that almost anyone that has played such a title before will recognise. This sees players attempting to bring their opponents health down to zero by playing cards from their hand with their own attack, health ratings and delay before being summoned.

Each turn players can use a card with your summoned cards attacking either opponent cards (if there is one in the opposing lane) or them directly reducing their health at the end of the turn. Once a card has 0 health remaining it will disappear from the game board with victory achieved when your opponent hero has 0 health. 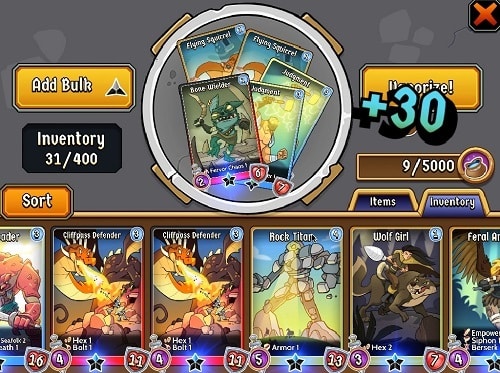 Further strategy depth is added through card abilities such as armour which will reduce incoming damage which requires players to consider how cards match up against each other. Decks can total up to 15 cards so matches are kept extremely short, making upgraded and fused cards key to your victory.

While mechanically Spellstone is nothing special it’s a solid mobile offering thanks to the quick nature of games, large adventure campaign, guilds and events. Mobile players will also likely hit the energy limitations of the game less than their desktop counterparts.

Games Finder is a Steam Curator and featured in the aggregate review scores data of MobyGames and Neoseeker.
FEATURED ON
Games Like Deck Heroes, Games Like Hearthstone
LEAVE A REPLY Cancel Reply