Spiral Knights is a co-operative game that draws inspiration from the likes of Zelda while also offering a MMO inspired experience focused on co-operative play. While Spiral Knights was originally available to play in your browser this has been retired given its reliance on Java limiting the game to the downloadable client through the official website or Steam. 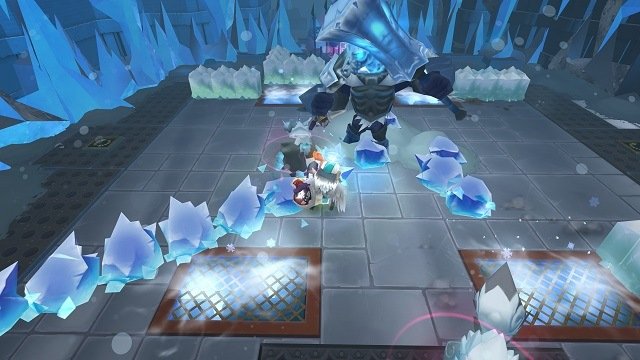 In Spiral Knights players control their own knight which belongs to the Spiral Knight Order as they explore the planet Cradle and its various dungeons in the name of the Order. After a well-designed tutorial which introduces all the important mechanics players will be sent to the main city called Haven that has plenty of NPCs to purchase items, accept dungeon quests and other MMO mechanics.

Dungeons are the main gameplay element of Spiral Knights though with a large number of levels for players to tackle with others which feature combat, puzzles and even difficult boss battles. Enemies come in all sorts of shapes and sizes with plenty of destructible objects making up the remainder of most levels to always ensure you have a target for your swinging sword. 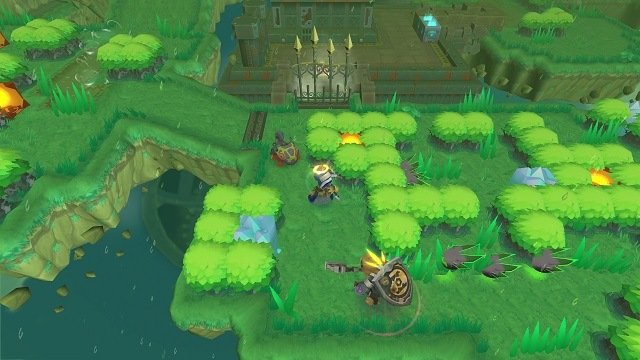 Unlike traditional games and in particular the MMO genre though you won’t be earning experience for your efforts. Instead the advancement system in Spiral Knights focuses on how you upgrade your equipment rather than your character. Players can equip armour (shield, helmet and chest) along with two accessories and multiple weapons at a single time which range in star rankings from zero to five and come with a variety of bonuses. These weapons include your sword for closed range fighting, handguns for ranged attacks and bombs for devastating destruction that each come with a minor ability and can be crafted or found.

Damage in particular is an important consideration as you advance in the game with players able to deal four different types of damage which shift between normal, piercing, elemental and shadow. The 6 monster types of the game (Slime, Beats, Gremlin, Construct, Fiend and Undead) will also specialise in one of these damage types along with a weakness and strong resistance which needs to be taken into account. Combat is further enhanced beyond this damage type system with knights also having the power to inflict status changes on enemies including curse, fire, freeze, sleep, poison, shock and stun. 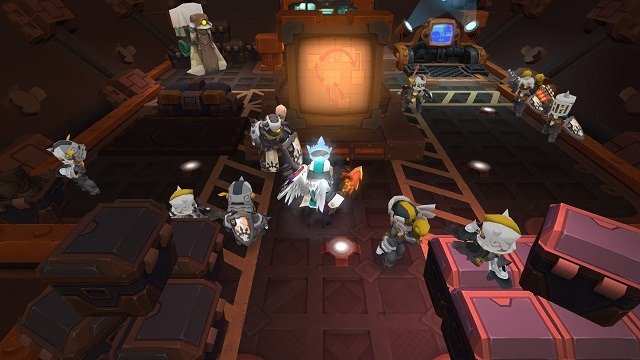 These are useful to counter particular enemy types with poison for example being the anti-healing mechanic allowing you to stop monsters healing their allies. Meanwhile an element like shock can interrupt attacks and offers small radius shock to enemies in range although each element has a weakness to ensure you don’t overuse a single option.

When not in a cooperative dungeon players can buy new equipment for their knights or explore the social elements of Spiral Knights by meeting and befriending other players to then dungeon raid with. With it’s casual core gameplay Spiral Knights is an attractive MMO experience that also offers ample depth for those that want to dig deeper beyond the cartoon MMO world.