Spirited Heart is one of the many impressive games to come from Winter Wolves Game Studio. The game blends simulation with otome and visual novel elements while wrapping it in a nice fantasy package. 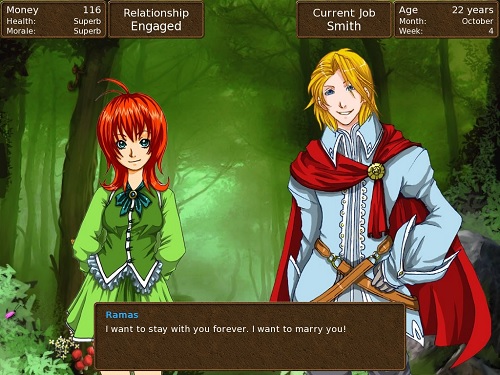 At the start of the game you’ll get to choose from three different fantasy style characters that changes the way you play the game by altering your starting stats and offering different dialogue options. This includes your average human, an elf and a demoness. The differences between these characters isn’t subtle either so there is good replay potential.

This replay value is only enhanced by the large number of random events that ensure no playthrough is ever alike. Each race features two very different partners to chase with creates another layer of options. Players can also attempt a special ultimate mission for each race to get a super special ending.

Gameplay is mostly a life simulation experience with a focus on acting out your day to day activities while also participating in dialogue with other game characters. One part of this fantasy life is choosing a job (of which there are 20). Each job comes with its own boosts to your characters skills with hard work and training eventually leading to a promotion. Each game will take 10 in game years as you chase the 20 different endings and the dozen that end in marriage. 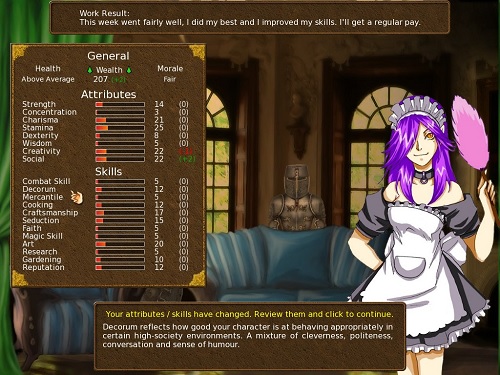 Just like the other games that were developed by Winter Wolves the production quality is high and they definitely know their intended audience well having released many other successful games in this genre.

While on the surface you might think the price is a little high it is definitely worth it for people who love to replay a game since there is so much in Spirited Heart. There is also a demo available from the official website if you are on the fence.