Based on the original Wii U title of the same name Splatoon 2 builds on the fundamentals set by the original but brings the paint splashing title to the Nintendo Switch. With co-op game modes, online versus and even a single player campaign. 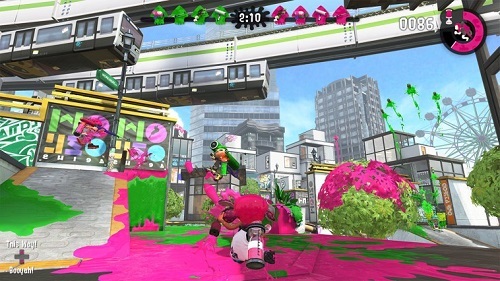 Said campaign serves as a fantastic introduction to the games weapon systems and overall controls, taking around half a dozen hours to complete and arming players well for the core multiplayer experience.

This multiplayer happens on an array of maps in third person with the player controlled character (Inkling) able to fire coloured ink from weapons dealing damage to enemies while also covering the battlefield with colour. Inklings have the ability to transform between a human form where they fire these weapons and their squid form. Squid form is only available while standing on your team’s ink colour which boosts speed and replenishes supplies.

New additions to Splatoon 2 since the past game also make it much more fast paced with jetpacks and the ability to dodge roll making every game a speedy paint filled mess. Weapons have also seen enhancements with new dual wielding guns alongside submachine guns and more well known weapons such as the roller. 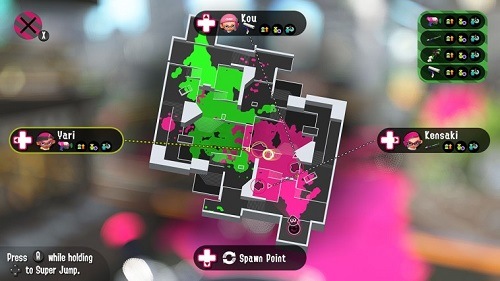 Maps and modes have also been refined to keep every game interesting and different as your teams colour locations will constantly be changing and need to be played around. Competitive modes are also provided for those that wish to prove themselves along with a rotating co-op mode that sees players fighting off waves of enemies and bosses.

Splatoon 2 stands out as a unique shooter with some interesting mechanics that have been enhanced further beyond the original inception of the idea on the Wii U. With the Nintendo Switch the home for the sequel it’s likely the game will thrive further.

Games Finder is a Steam Curator and featured in the aggregate review scores data of MobyGames and Neoseeker.
FEATURED ON
Games Like Overwatch, Games Like Team Fortress 2
LEAVE A REPLY Cancel Reply