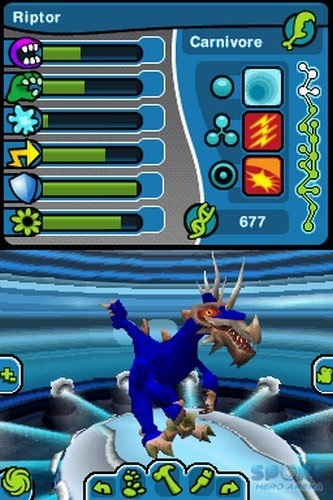 In Spore Hero Arena players create their own hero from a vast collection of creature parts. From here you’ll take your personalised creature and explore the galaxy while completing missions and fighting in arena style combat.

With over 150 available parts for players to find, unlock and use in their creation process the options available are near endless. Players also can choose from a variety of bio powers so you can create your own style of fighting as you mix and match pieces to create the ultimate space arena fighter.

During gameplay players move around the universe and explore a large number of planets. On each of these planets players have to collect blue and red shares in order to rid the universe of a new evil threat. Each planet features 4 blue shards which are rewarded for NPC missions such as racing, battles, puzzles, bodyguard missions and more. Once you’ve collected the necessary blue shards players can attempt to claim the red shard from the battle arena.

These red shard battles can involve a capture the flag game mode or Battle Royale where players must fight several other opponents and attempt to knock them out of the arena. This large variety of shard collection methods and continuous unlocking of new parts and abilities helps you move from planet to planet without feeling like the game is getting repetitive. 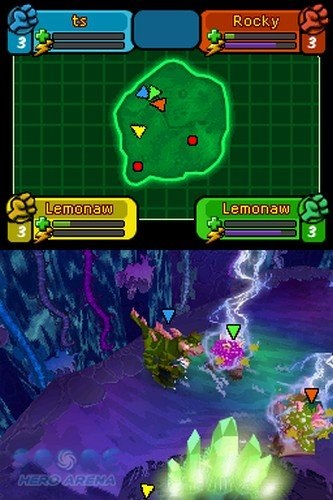 Spore Hero Arena also has support for multiplayer with players able to connect locally with friends or over the internet to prove who has the more powerful Spore creature.

The game might not hold enough depth for older players but younger players will love the customisation options and action orientated gameplay.