S.T.A.L.K.E.R.: Call of Pripyat is the third game in the S.T.A.L.K.E.R. series of survival horror games and closes out the story loop of the franchise while building on the mechanic foundations of your past adventures into the Zone. This means you’ll find a vast array of improvements that have been made which ensures it is one of the best instalments yet with the dedicated mod community building further on the core game post release. As Call of Pripyat links a number of story elements together from the previous S.T.A.L.K.E.R. games players are recommended to have finished the first two games before adventuring into the depths of what Pripyat has to offer. 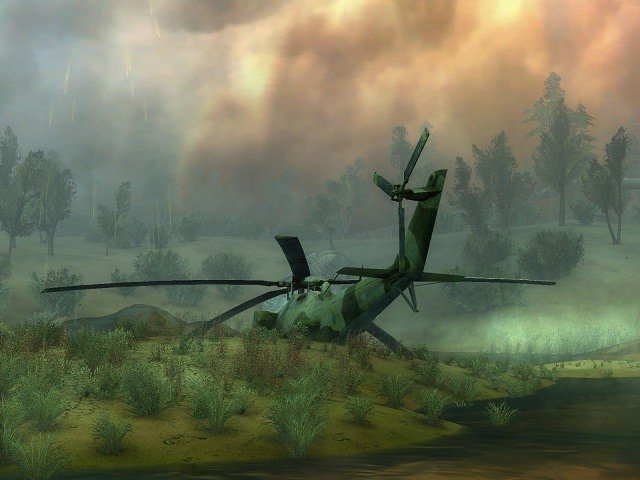 Call of Pripyat is set directly after the events of the Shadow of Chernobyl (as the second game released in the series [Clear Sky] was in fact a prequel). Accordingly the scene for Pripyat centres around the events directly after Strelok disables the Brain Scorcher and in turn allows hundreds of stalkers to rush into the centre of the Zone to claim riches that were previously out of reach. The stalker community and the associated factions are not alone in their objective though with the government wanting to also benefit through ”Operation Fairway” which involves scouting the newly opened areas of the Zone with helicopters.

Unfortunately this government military operation is a complete failure with all five of the scouting helicopters crashing to the ground for unknown reasons before achieving their mission. In order for the government to discover the truth the player (Major Alexander Degtyarev) is sent into the Zone to investigate given their role as a military officer and past experience as a stalker. Locating and investigating the five crashed helicopters is just the start of your journey in the Zone though as you encounter new and old faces before reaching an ending based on your actions throughout your story. This story also links together the actions and motivations of the franchise factions with the familiar Loners, Bandits, Scientists, Military, Monolith, Freedom and Duty each having their role to play. 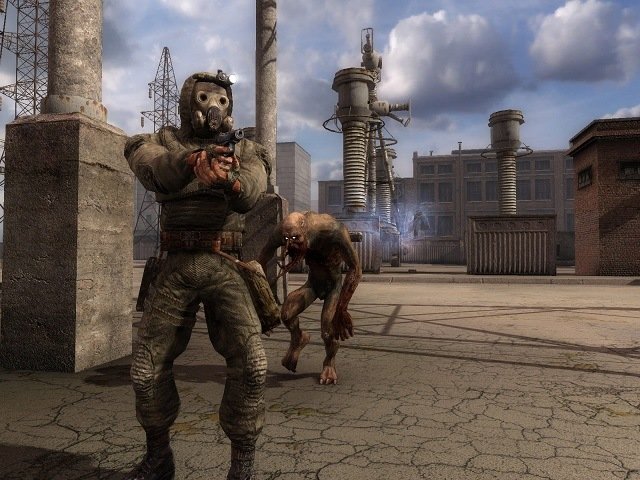 Progressing through this story players will find that gameplay is fairly similar to the previous games in the S.T.A.L.K.E.R. series with a core loop revolving around the exploration of the open world (split into several map areas) that can be freely moved between. Each area has its own spawn points for mutant monsters, factions and artefact locations with faction control occasionally changing hands with or without the player influence. All of this exploration and the combat portion of S.T.A.L.K.E.R.: Call of Pripyat utilises the same first person view which is often leveraged to enhance the sense of atmosphere and fear that some of the darker locations and enemy types create.

Starting from a basic kit players slowly acquire new in game wealth and equipment over time by either taking missions from factions, looting hidden stashes or simply taking looted gear from your kills to the nearest merchant. With the same focus on survival elements there it can take some time for players to scavenge around the environment for scraps while slowly building up their weapons, armours and artefacts to appropriately handle the Zone threats of creatures and recurring emission events that require you to seek cover. While these threats mainly come in the form of direct enemy FPS combat encounters they also come from the decays to your weapons, medical supplies and food then can be just as deadly if mismanaged. 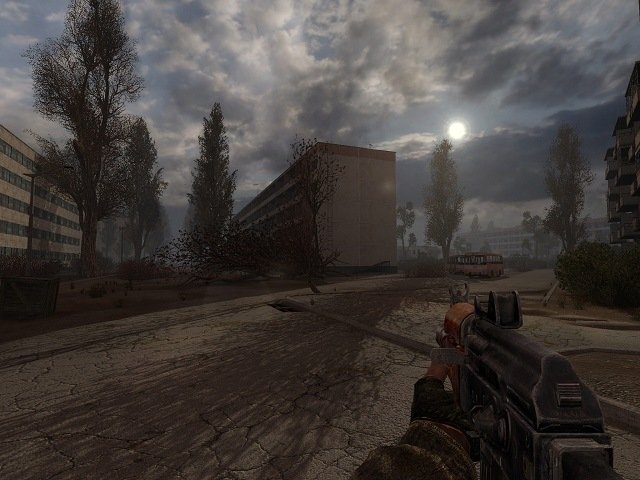 With a great survival progression curve underpinning your S.T.A.L.K.E.R.: Call of Pripyat just like the past titles fans of the series will quickly settle into familiarity as you once more attempt to conquer the Zone. S.T.A.L.K.E.R.: Call of Pripyat is definitely the most refined experience yet of the franchise and with plenty of tiny improvements it’s probably the first game in the S.T.A.L.K.E.R series that doesn’t need third party mods for the best experience of an initial playthrough although modes are absolutely still a thriving part of the community and ideal for subsequent adventures.