Star Command is space exploration game mixed with simulation that allows you to recruit your crew, explore the galaxy and battle against a range of hostile aliens in the process. Born from a successful Kickstarter campaign in 2011 Star Command was eventually released in 2013 to mobile (iOS and Android) devices with clear inspiration from similar games and science fiction films. 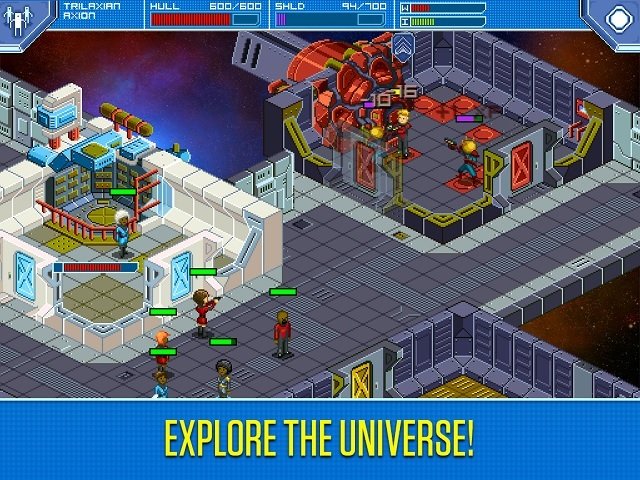 One of these most evidence influences in Star Command is that of the Star Trek universe as you take command of your very own starship that belongs to Star Command, a humanoid organisation that protects the human race from aliens while also exploring the galaxy. You’ll have scientists, engineers and tactical officers within your ship to assign tasks, improve their skills and ultimately keep alive. From the ship designs to the crew roles and the whole concept of Star Command it’s a dream come true for any Star Trek or sci-fi fan.

Story wise players will start their adventure within the Sol system where Star Command has a strong presence and currently at war with the Antorians. Forced to flee the system after being framed for an attack on a friendly Star Command vessel players explore the outer galaxy eventually returning home to squash the Antorian threat for good. 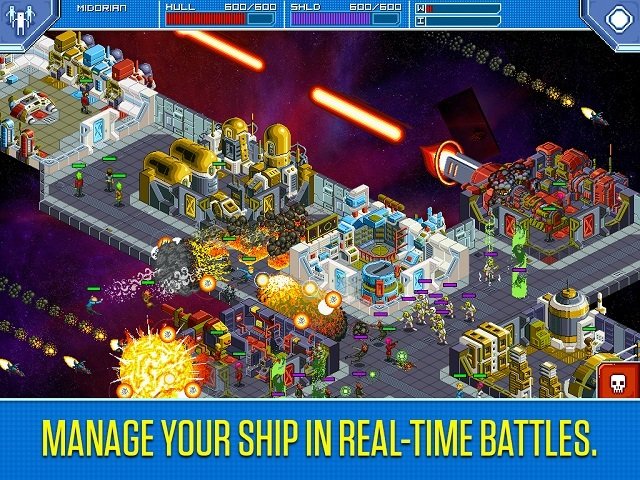 Commanding your ship and the core combat gameplay is kept fairly simplistic which suits the mobile environment that Star Command is designed for. This includes collecting various tokens to fire your weapons, completing all sorts of mini games and tapping to move your crew around the spaceship to fend off invasions which gives you engaged with your mobile device rather than being a highly passive or wait heavy experience.

Your ship is fairly customisable in Star Command with players able to select the rooms that they want to build in the available spaces which can be later upgraded. The choice is more one about ship layout than actual choice though as the variety isn’t huge and eventually you’ll have them all complete regardless but is a nice small touch to make your ship feel like your own creation. 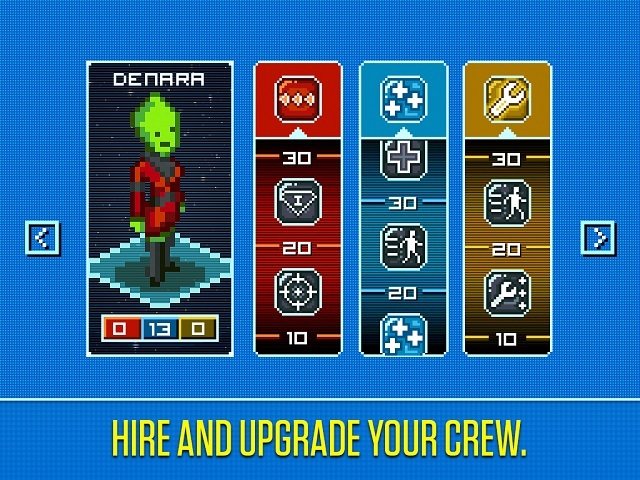 To fill these rooms you’ll need crew members that you can hire and then assign based on their strengths. Rooms are split into yellow (engineering), blue (science) and red (tactical) rooms which will slowly guide your crew members into specialisations to boost their skills and efficiency to help you battle the tougher fights that the game throws at players during the story.

The story of Star Command is fairly well-written and does keep you engaged from start to end. The only real drawback is everything seems to end in combat without enough alternative paths to explore which make it feel more linear than intended. Unfortunately this also means you’re unlikely to give the game a second playthrough as well despite the multiple difficultly levels since you don’t gain much other than a handful of different ship designs for your second adventure.