Star Conflict is a MMO experience that lets you to take control of your own starship and explore the vast depths of space while engaging in a wealth of PvP and PvE content. Originally launched in 2013 the Star Conflict experience has continued to expand with its free to play option in the space sandbox MMO genre available directly from their website or through the Steam platform. 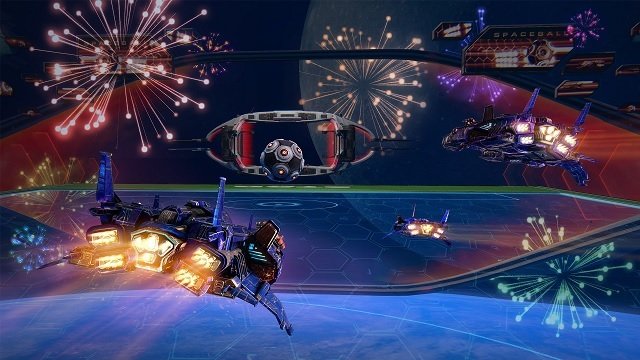 Star Conflict features clean 3D graphics with a galaxy that is set far into the future and approximately three thousand years since the first human settlors left Earth. With this passing of time the galaxy has changed from an uninhabited wasteland to a sprawling series of settlements that have also formed empires and bands of mercenaries. Things are quickly changing though with a recent discovery in the sector known as Sector 1337 with the ruins of a technologically advanced alien race being discovered. Obliterated by a strange pulsating anomaly the sector is void of life and the potential for technology riches sees many risking their lives for the opportunity.

This setting sees Star Conflict have an emphasis on large scale PvP battles against other players as you acquire wealth and upgrades but is also supported with PvE missions. Entering this world with a variety of ship types players can command interceptors, fighters, frigates and destroyers that each have their own benefits and purpose in the broader game world. While non combat ships do exist most players will find it hard to resist the vast array of weapons that include some truly mindboggling large scale weaponry. 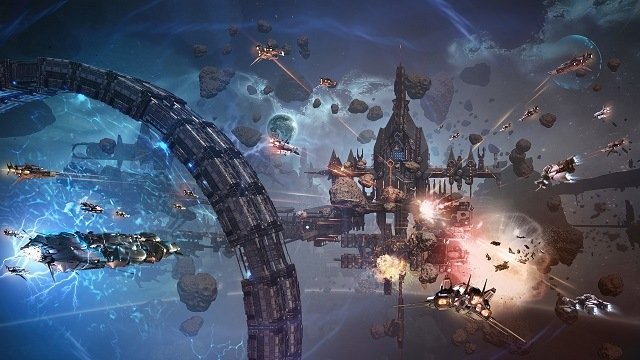 After you’ve created your account and loaded up the client you’ll be pleased to hear that there is no long tutorial to pass in Star Conflict thanks to the intuitive controls that are easy to learn but still provide enough room for players to grow in skill and give you enough influence over the result in PvP. From here players have a main campaign that is just shy of 50 missions that serve as an extended tutorial and give you an overview of the various game mechanics.

Along the way Star Conflict offers a number of faction and sub-faction encounters with their own back story, goals and bonuses to give you a sense of purpose in the vast game world. Main factions include the Empire, Federation and Jericho while you have second tiers like the UMC, Ellydium and Pirates. These faction bonuses include improved shield regeneration, better speed, increased experience, tougher hulls, improved damage and other similar benefits. Choosing a single faction doesn’t close the door on others though with players able to take on contracts (quests) from other factions. These contracts ultimately increase your reputation with these factions and open up additional gameplay options for players. 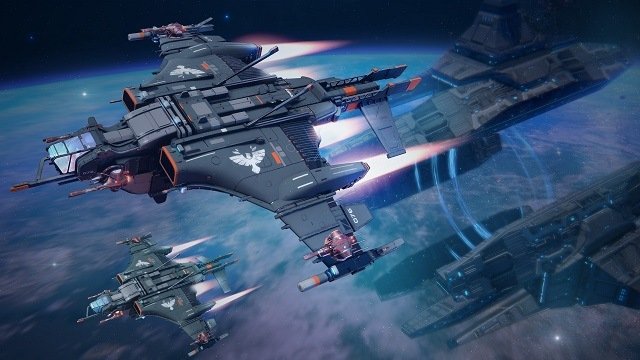 If quests aren’t interesting enough for you then you can test yourself in the PvP modes or go on a co-op mission with some friends instead with Star Conflict which encourages you to create your own adventure with the sandbox fundamentals. Regardless of how you approach the game though you’ll gradually build experience and credits to spend on your skill tree and ship upgrades with all playstyles giving you a sense of progression. In terms of space simulation games you’ll find Star Conflict has it all and is packed full on content that only continues to expand, like the universe itself.

Games Finder is a Steam Curator and featured in the aggregate review scores data of MobyGames and Neoseeker.
FEATURED ON
Games Like Elite Dangerous, Games Like EVE Online, Games Like Freelancer, Games Like Homeworld, Games Like Sins of a Solar Empire, Games Like Star Citizen
2 COMMENTS
LEAVE A REPLY Cancel Reply