The Star Trek universe is vast and it’s this vastness that Star Trek: Alien Domain tries to bring to players through a MMO strategy experience. With an accurate Star Trek skin there is high appeal to fans of the strategy genre who also love the Star Trek universe of science fiction in general. Star Trek: Alien Domain allows players to play as either the Federation or the Klingon Empire as they fight with their starships against a powerful advanced foe, Species 8472 from fluidic space. 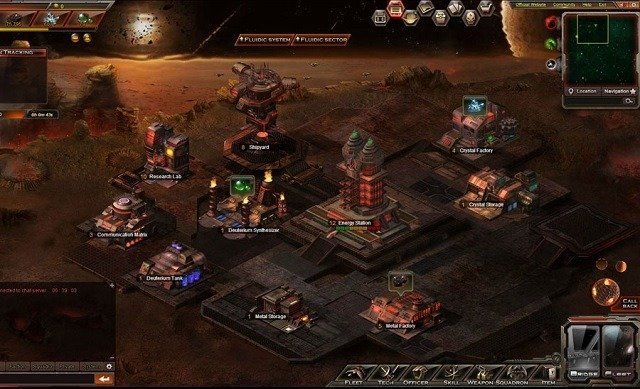 This choice of faction is made at the very start of the game and it’s important to note that this does significantly impact on your available ships and officers to keep the title accurate to the Star Trek universe. While this decision has an impact on cosmetics of your ships and the well-known officers you can attract the core gameplay experience is fundamentally the same between each with neither having a significant advantage over the other. Both factions also feature familiar base level starships such as Defiant Starships and the Bird-of-Prey which form the backbone of your early Star Trek: Alien Domain fighting force.

These familiar but low class starships are just the start of your wider adventure which unlocks more prestigious ships with customisation options for weapons and abilities to give you the sense of a dynamic fleet which you’ve designed and put together. With this fleet in hand players can enjoy a good balance of PvE and PvP opportunities with combat generally being decided by careful use of your available skills, the strength of your units and the battle formation you use. Having multiple mechanics at play on the combat front is a nice touch to add that much needed extra layer of strategy in a genre that is usually about raw numbers and stats. 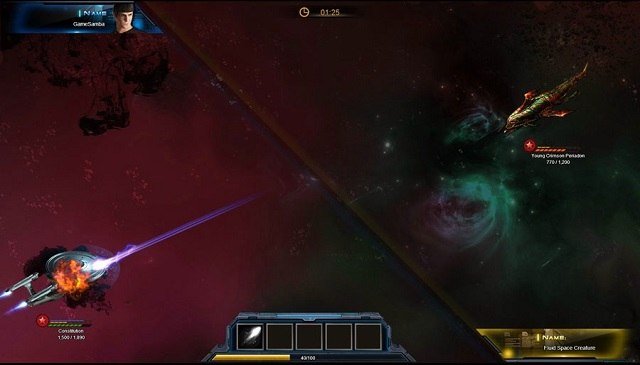 One innovation which is particularly in the player’s favour thing is the combat shield system that means most damage taken in respective battles is healed between them as your shield regenerates. Only major damage (to your hull) requires the expenditure of in game resources and does fix the issue of other titles whereby a large portion of your resources raided often end up into replenishing your army.  This lets your collected resources stretch further in general and takes out that extra element of micromanagement that overall results in better game flow and feels more Star Trek appropriate at the same time.

Combat is just one side of the coin in Star Trek: Alien Domain though with base building and resource management creating  the other side of gameplay. This is where the more standard elements of the genre begin to show with players controlling their main base of operations and building different structures to generate and store resources but also provide new technologies for your starships in combat. While similar to others in the genre Star Trek: Alien Domain does a good job of continuing the Star Trek theme throughout this portion of gameplay to hold the overall experience together. 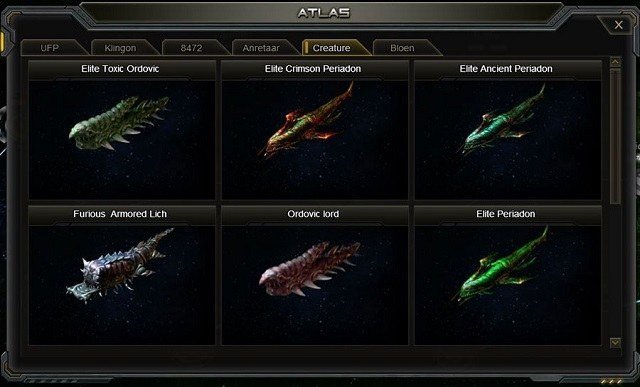 Beyond your home base though players in Star Trek: Alien Domain are also encouraged to colonise the stars be creating small colonies and outposts through exploration. While these provide benefits to players they also can be a risk due to the ability to be raided by other Star Trek players which adds a finely balanced risk and reward mechanic to the game.

Games Finder is a Steam Curator and featured in the aggregate review scores data of MobyGames and Neoseeker.
FEATURED ON
Games Like Evony, Games Like Forge of Empires, Games Like Ikariam, Games Like OGame, Games Like Tribal Wars
LEAVE A REPLY Cancel Reply