Star Trek Online (STO) is a free to play MMORPG that takes place within the Star Trek universe, bringing the decades of lore, characters, settings and alien races into a single large scale MMO world and populating it with science fiction fans. At launch Star Trek Online required a game purchase and monthly fee for access which provided the game a solid foundation of funding to develop a high quality adventure. Star Trek Online has been free to play since 2012. 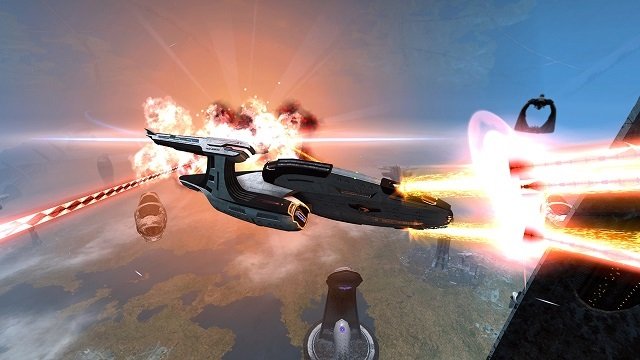 Star Trek Online takes place in the year 2409 and throws players into a galaxy at war which is a familiar setting at various points of the television and film franchise. Throughout the MMO fans of the Star Trek series will recognise many of the games locations, characters and ships which helps adds to the immersion aspects of the game and provides obvious additional appeal to the die hard Star Trek fans.

Other well known races also appear as you progress with familiar faces such as the Borg, Species 8472, Krenim and others providing opportunities for PvE and questing. Players who aren’t strongly familiar with the Star Trek universe won’t feel left out though with enough story and general science fiction themes built into the game that you don’t need to be a Trekkie for a fun experience. 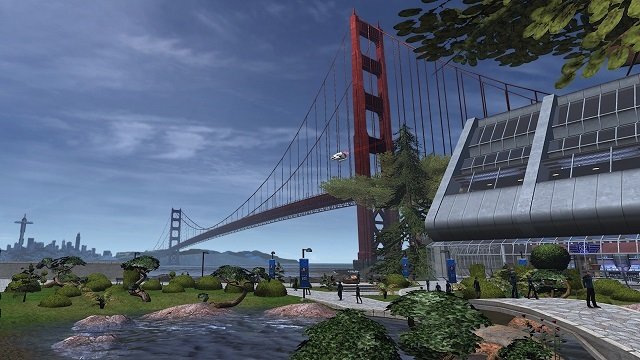 Players themselves can belong to one of three factions in the game including the Federation, Romulan and Klingon who are at war with each other and in turn alters your available ships and central game locations. Star Trek Online is not one to shy away from character customisation either with a wealth of options available allowing you to create your own Star Fleet officer from a range of races and cosmetic variants (or alternatively not in Star Fleet at all). Similar customisation also extends to your personal ship which allows many science fiction fans to live their dream of being a captain in the Star Trek universe.

While much of your time is spent playing starship captain you’ll also need to call on other crew members for away missions where you’ll fight against enemies in direct combat in addition to the ship based combat and day to day ship management. These two combat types are closely linked meaning some quests will even involve a mixture of both and ties in perfectly to the overall game theme. These two combat styles also provide fantastic diversification with ship battles being long strategic affairs while away missions are often faster paced and more in line to your typical World of Warcraft style MMO. 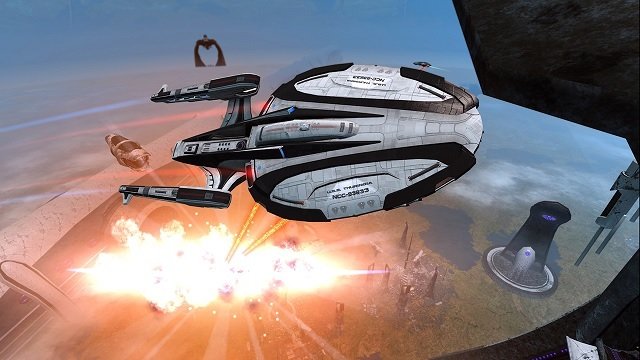 Like any MMO players can spend just as much time outside of combat engaging with the various mechanics and features of Star Trek Online which include the standard array of crafting, raid dungeons, trading and general world exploration.