Star Wars: Battlefront (2015) is a team based shooter that takes place within the popular Star Wars universe and seeks to revive the franchise which hasn’t been seen since 2009 with a modern reboot. Including the familiar array of heroes, vehicles and multiple troop types there are plenty of recognisable elements for both the casual and hardcore fans of the franchise which results in a Battlefield like experience with a Star Wars theme of all your favourites. 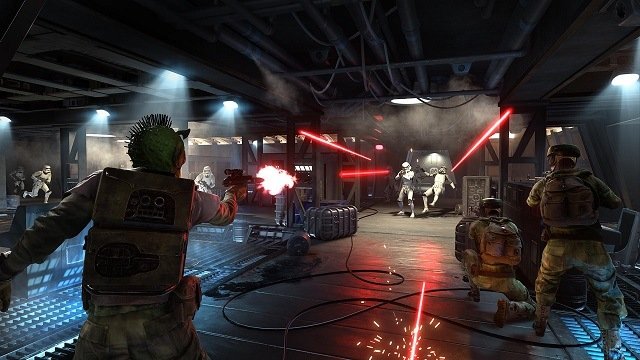 While the game does offer a number of single player and co-operative missions the focus of Star Wars: Battlefront is the multiplayer action heavy shooter with players able to either play from a first or third person view as they trek across notable planets from the Star Wars story. This includes Endor, Hoth, Tatooine and other familiar locations that come with their own multiplayer game modes.

This 2015 version of Star Wars: Battlefront does not skimp on game mode variations across the base and expansion packs with options like blast that is a basic 16 player team deathmatch on the race to 100 kills as a team. Modes like drop pod build on this core blast mode by randomly dropping pods across the map that can be claimed to secure victory instead. Other popular options include a droid run game mode sees players focused on controlling three power droid locations on the map in a typical A, B and C objective layout, heroes vs villains that focuses entirely on hero combat and hero hunt that has players hunting a hero character. 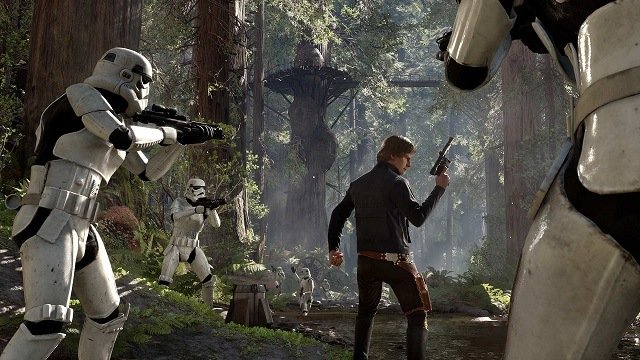 Supremacy returns as the primary game mode though where players will side with either the Rebels or the Empire as they fight for over control of 5 unique game points on the maps that reflect famous battles and locations from the franchise. Serving as a game mode about the steady attack push or defensive formation only 2 of these points are ever available at a single time to create a sense of moving towards the enemy base as part of the battle.

With a large player count of 40 that is bolstered further with 24 AI you’ve got 64 potential players to create a believable battle setting alongside hero and vehicle spawns that give you access to the full breadth the game has to offer. Said hero units include the likes of Darth Vader, Han Solo, Princess Leia, Boba Fett and Luke Skywalker who come with their own abilities to use on the battlefield and need to be focused down quickly by the enemy team. 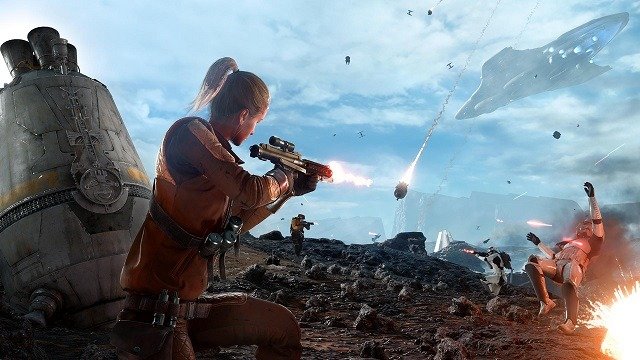 The core of your time on the battlefield though will be as your average foot soldier from either the Rebel or Imperial ranks. Be it the Rebel Soldier, X-Wing Pilot, Rebel Officer, Stormtrooper, Scout Trooper or Imperial Officer they each have their own intended use on the battle field and associated gear. As one would expect from a high quality AAA title the visuals of these characters also change based on the map type as you would see in a real war.

Beyond your choice of option on each respawn players can also customise their preferred units with a star card system that come in asset star, charge star and trait variants which is commonly referred to as your units hand. Switching between your two preset hands during battle gives players great flexibility to adjust as the battlefield evolves and ensures you feel like you have plenty of combat agency. Adding different weapons, gadgets, ability, weapon modification and passive trait abilities it’s a mini game in itself as you design your ideal fighter.

Games Finder is a Steam Curator and featured in the aggregate review scores data of MobyGames and Neoseeker.
FEATURED ON
Games Like Battlefield, Games Like Call of Duty, Games Like Team Fortress 2
LEAVE A REPLY Cancel Reply