Star Wars: Empire at War puts you straight into the centre of a galactic war while giving you real time strategic control over the battles taking place across the galaxy. Depicting the struggle of the Rebels and the Empire the game is loosely set between the events of Episode III and Episode IV in the Star Wars plot line. This era provides Star Wars: Empire at War sufficient foundation to work with based on the Death Star construction while also ensuring that there is plenty of creative freedom around the events in this time period. 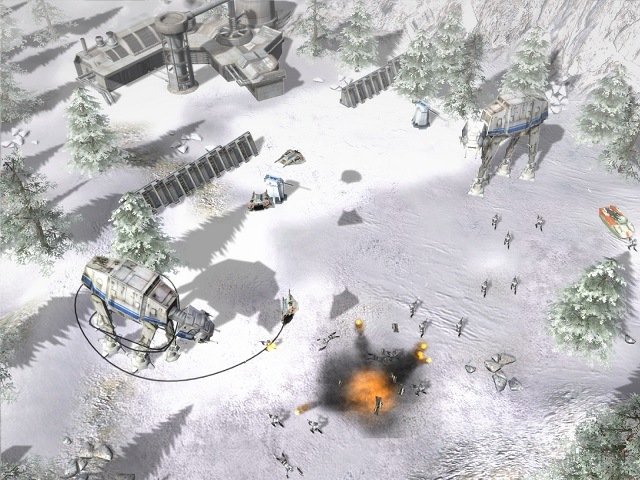 Players need not fight for one side either in Star Wars: Empire at War with the full game (including DLC) offering two campaigns to choose from. On the one hand you’ll find the Rebels campaign that takes them across the galaxy to stop the Empire’s advance and stop their new super weapon. This requires players to carefully utilise the Rebel Alliance forces to attack shipyards, infiltrate Empire bases through ground combat and in time take control of X-wing fighters to Battle for the planet Yavin.

Meanwhile in the Empire focused campaign players will work closely with Darth Vader himself as he tries to crush the remaining Rebel forces, complete the Death Star construction and prevent the leaked plans getting in front of the Rebel leaders. Both campaigns are well written within the Star Wars framework and while linear offer a few side missions to add some extra life to the campaign experience and help to flesh out the sense of a galactic scale war going on around you. In addition to this story driven campaign players can also take on the entire galaxy in the galactic conquest mode or battle it out in shorter battles in the skirmish mode. Regardless of which you choose to get the Star Wars strategy experience from you’ll find a good mixture of vehicle, infantry and even spacecraft battles to enjoy that are used on planet battles and battles in space above said planets. These battle types do have some mechanical differences which is also influenced by being the attacking or defending side. For example the defending side can utilise land buildings or a space station in the area that bestows advantages.

While the campaigns are both expansive long term longevity of the game definitely comes from the galactic conquest mode where players can play as the Rebels or The Empire as they try to achieve particular objectives. From wiping your opponent from the map, protecting or destroying the Death Star or taking out the enemy factions leader each planet you claim will feel like an achievement. This galactic mode also introduces a third pirate faction which while they won’t attack the player directly will defend territory. 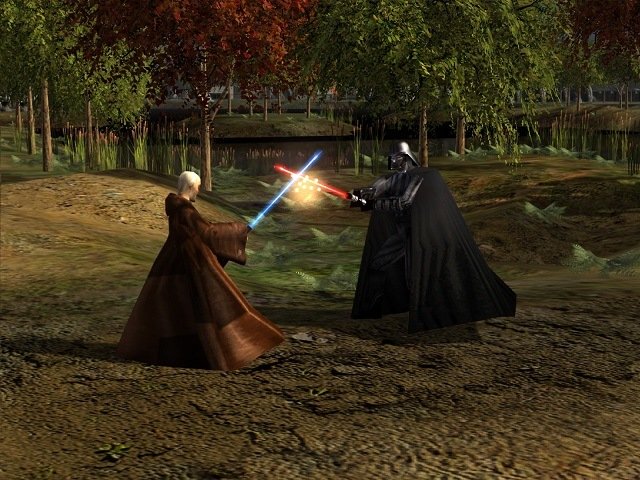 Players will also find a number of grand strategy elements present in Star Wars: Empire at War with players managing funds from the planets under your control and using this to improve your troops, research technology and other mechanics to get a leg up on the opposing force or the various hostile parties of pirates that are generally weaker than your main enemy anyway. Some planets in the galaxy also have different benefits that can create an additional tactical layer as you take control of specific planets for discounts on particular units for example.

Regardless of game mode players will find a wealth of Star Wars references and hero characters littered throughout the game and as a result it’s a strategy experience that will definitely resonate with Star Wars fans more than anyone else. These heroes include the links of Darth Vader, Obi-Wan Kenobi and Emperor Palpatine that have associated special powers. Star Wars fan or not though the strategy experience is worth playing with real time and grand strategy fans both catered for at a galactic scale.

Games Finder is a Steam Curator and featured in the aggregate review scores data of MobyGames and Neoseeker.
FEATURED ON
Games Like Age of Empires, Games Like Company of Heroes, Games Like Halo Wars, Games Like Supreme Commander, Games Like Total War
LEAVE A REPLY Cancel Reply