StarBreak offers a unique 2D MMO experience by leveraging platforming mechanics and wrapping in into a science fiction universe with roguelike challenges. The result is a title that has MapleStory like elements while also having Metroidvania vibes and all the MMO staples of community, loot, quests and dungeons.In a universe where humans have been wiped out by the deadly Watcher you’ll be revived as a spark to seek revenge thanks to the powerful human developed AI prior to the extinction event. 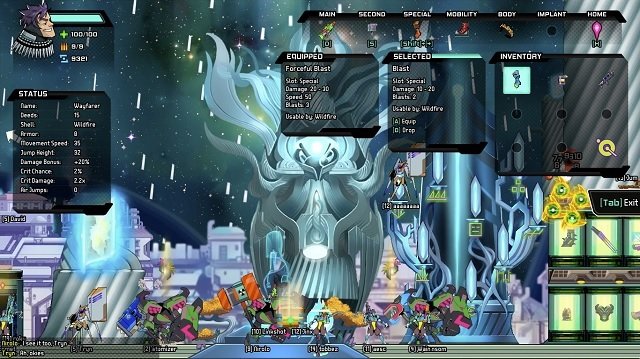 The foundation of your StarBreak adventure is the four game shells that act as the game classes bringing different attacks, equipment, stats and playstyle. Your first such shell will be that of Wildfire, a range fighter that is unlocked at the start of the game and prefers to fire at enemies from behind cover relying on decent speed and strong weapon ammo capacity.

At level 3 players unlock their second shell, the Duskwing that serves as the thief archetype with a specialisation in speed, jump and critical with the usual weaknesses of low health and armour. Next is the Ironclad who is a durable but slow shell that makes it best used to support a group by absorbing damage. Lastly, the Fabricator who is unlocked mid way through the core game content produces constructs to assist it in combat offering a summoner class and having middle of the road stats across the board. 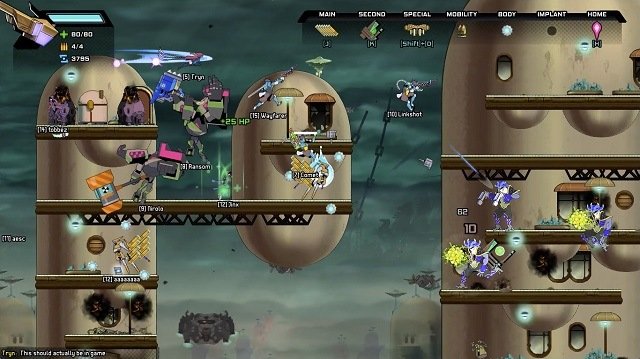 Players are not locked into any single shell though because of the rougelike death mechanics that allow you to manifest as any of the above classes after a death. These deaths will occur in the instanced levels of StarBreak that come in 5 different tiers and 17 different level variations. Biomes are quite diverse across these tiers with forests, fungus caves, an underground base, graveyard and cathedral. These biomes are not merely visual though with different enemies, obstacles and equipment loot pools.

These loot pools are your primary method of progression in StarBreak giving you large stat increases and is unique to each player so there is no need to fight over loot. Each shell also has their own loot pool but this doesn’t prevent you from finding items for other shells which can be stored in your stash for a later character. The secondary mechanic for progression are the statistic upgrades that are scattered around levels and upgrade your shells maximum health, ammo, damage, armour, speed, jump, critical chance and critical damage through 6 tiers. 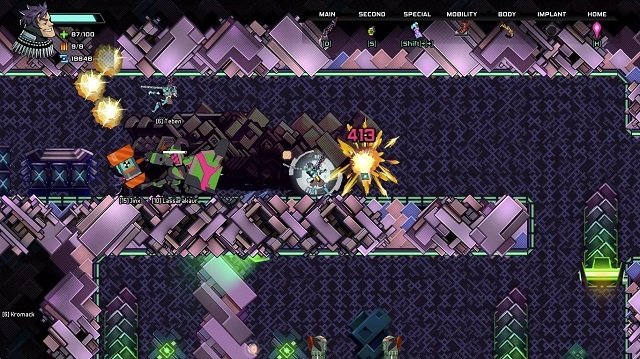 Given these and any equipment on your character at death are lost you’ll likely play through earlier levels to rebuild your strength. Although given your level progress or items in stash are not lost on death players may not see a significant set back from death especially for the item hoarder. This mechanic does also encourage players to try a different shell to your last as your stash is likely to be full of other shell class items.

StarBreak is a unique adventure in the MMO market with features not combined together by other titles and with it’s accessibility on both browser and Steam it’s readily available to try it out for yourself.

This review was first published on June 13, 2020. Read our update policy to learn more.