StarCraft 2 is a 2010 real time strategy title which expands the Blizzard franchise with new single player campaigns and multiplayer content once again focused around the three races of Terran, Zerg and Protoss. Originally a paid experience released in three parts the base Wings of Liberty adventure and the corresponding multiplayer features went free to play in late 2017. The single player campaign content related to Zerg (Heart of the Swarm) and Progress (Legacy of the Void) are still paid expansions. 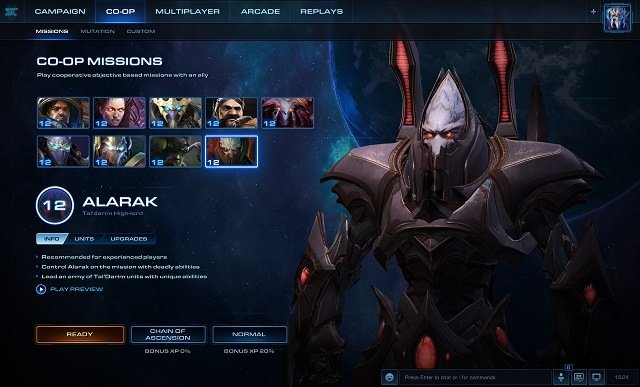 The game world of StarCraft 2 continues on from the first instalment in the series with a galaxy set approximately 4 years after the events of the original real time strategy title. Like the original that had players taking control of the tree main races of the franchise StarCraft 2 once again allows players to control the three races of Terran, Zerg and Protoss with each having a dedicated game expansion pack. Unlike the original though these single player campaigns provide players a wealth of potential to customise their units through upgrade systems unique to each race that use various in game currencies earned from missions and bonus objectives.

The Terran campaign for example follows the familiar Jim Raynor and centres on his battles against the corrupt Terran Dominion that requires him to tactically use his available Raynor’s Raiders resources. For the Terran race you’ll be established on the Hyperion battle cruiser with the ability to visit the armory for upgrades, the lab for additional unit enhancements or the bridge to select your next mission. The light RPG elements of customising units and structures is a great touch to the core strong real time strategy adventure of the StarCraft franchise and allows you to tailor your favourite units to your preferred strategies. At a basic level this might be deciding between increasing the range of your bunker or the bunker capacity or upgrading the deadly Goliath to be able to attack air and ground units simultaneously at the cost of an additional range upgrade. 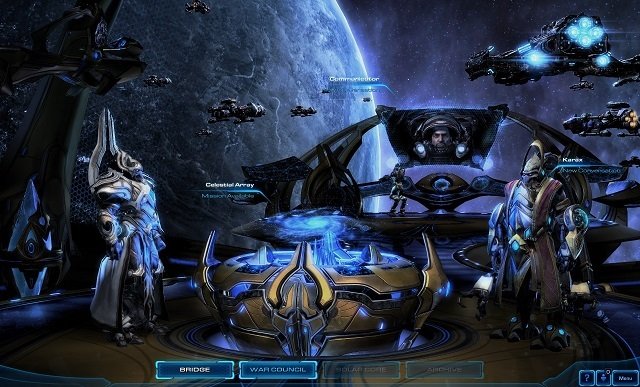 This formula is replicated across the Zerg and Protoss campaigns with the Zerg giving you control of Sarah Kerrigan herself as she seeks to rebuild her power as she grows in power and mutates her units to acquire new powers. Meanwhile in the Protoss campaign follows Artanis’ journey on the Spear of Adun where upgrades to units and structures can be acquired. Regardless of campaign players will find a wealth of familiar locations, characters, units and an abundance of new ones for fresh story and gameplay mechanics.

In addition to the campaign content StarCraft 2 offers the usual array of real time strategy game modes with customisable skirmish modes, multiplayer ladders and co-operative missions. Each of these features the same core real time strategy gameplay that has players making efficient decisions on harvesting and spending the minerals and vespene gas with their respective race specific unit. 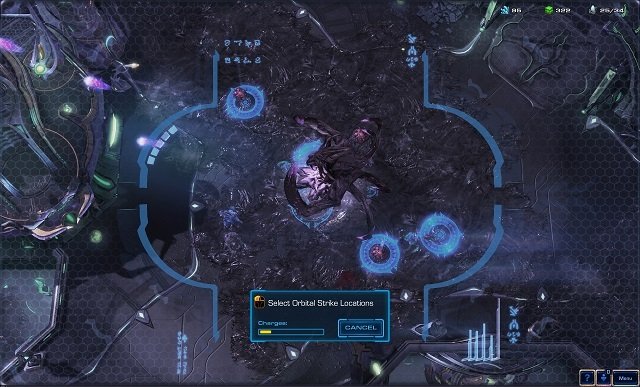 Spending these resources on both buildings and structures players will have to manage pre-requisites, supply requirements and counter units across the three races to create that tug of war real time structure. It’s also a formula that has been designed as relatively easy to learn for the single player and co-operative content while retaining the strategic depth in the multiplayer environment. A lot of this multiplayer depth comes from the finely tuned strengths and weaknesses of each faction that allows every possible option to have a counter and gets increasingly complex in mixed unit armies where micromanagement is key.

Games Finder is a Steam Curator and featured in the aggregate review scores data of MobyGames and Neoseeker.
FEATURED ON
Games Like Age of Empires, Games Like Command and Conquer, Games Like Halo Wars, Games Like Supreme Commander, Games Like Warcraft 3
1 COMMENTS
LEAVE A REPLY Cancel Reply