State of Decay combines the open world genre with a zombie outbreak to create a large and challenging adventure that has you leading a settlement of survivors through a number of trials. First released on the Xbox 360 in 2013 the title was quickly brought to Windows and eventually remastered in a Year-One Survival Edition version that also added Xbox One support. 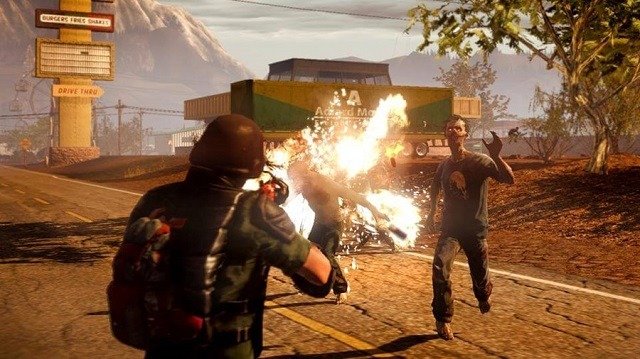 The fictional Trumbull Valley is the setting for this zombie adventure and feels like a small to medium sized rural area in the real world with many open fields, farms and scattered small towns to be explored. Starting as Marcus Campbell who with his friend Ed Jones return from a fishing trip to find their local area now over run with zombies you’ll eventually settle at a church with other survivors from the initial outbreak.

Guided by a number of quests players will in time discover the presence of the military who is focused on controlling the outbreak rather than helping an evacuation effort. Along the way you’ll also encounter all manner of unique characters including a pair of hillbilly brothers looking to profit and the local judge that has locked themselves in the courthouse until the zombies simply move along. 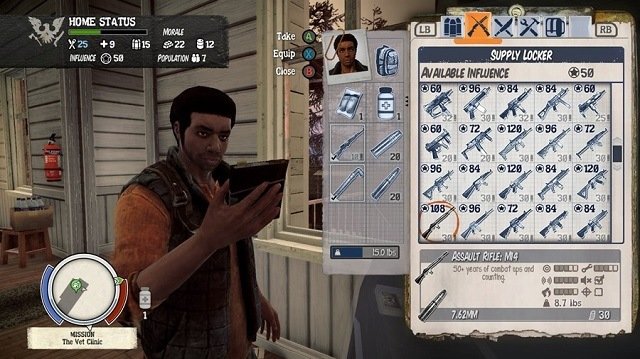 All of this takes place in an open world environment with players taking control of both Marcus and other survivors they rescue in a third person perspective. While the story structure and missions are there as your ultimately goal players can easily fill their time with all sorts of side activities and self directed missions to bolster their chance of survival before progressing if they wish. This can be done by exploring the various scouted locations to remove zombie threats, acquire resources or improve your general equipment and character skills.

This give State of Decay a fantastic mixture of open world, survival and role playing as players build up their thriving community of survivors at a location while fortifying the location itself. Structures such as guard towers, gardens, barricades and sleeping areas all play a key role in your survival. A base in the zombie apocalypse can’t function without supplies either which is where you’ll have to venture into the abandoned towns and homes to find weapons, food, medicine and various construction materials. With the ability to drive cars which also double as effective zombie weapons no location is ever too far from your home base. 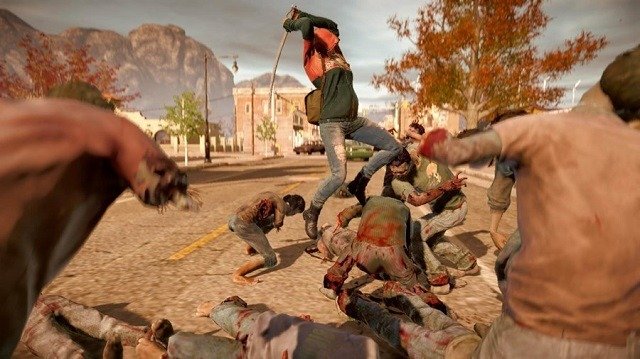 By creating a safe base location and stocking it up with resources players can convince other survivors to join their cause to build a sense of community in the zombie infested world. Uniquely in State of Decay players are free to also control these characters out in the world with each having their own specialities which helps to give them a different purpose and playstyle with either combat or survival bonuses. Players are also encouraged to utilise this mechanic as survivors need to rest between outings to regain maximum stamina or recover from significant injury.

Should they die while adventuring though they’ll be lost forever and you’ll need to continue your State of Decay journey without them. This can happen often in State of Decay if you aren’t careful though with zombie hordes patrolling locations and survivors generally not able to defeat multiple infected without careful planning.