SteamWorld Dig blends mining, action, sandbox and platforming into a single player adventure where you’ll hunt for ores and equipment to improve your digging potency. Originally for the Nintendo 3DS the title has seen steady releases on other platforms and in 2020 was one of the first games included as a Google Stadia title. 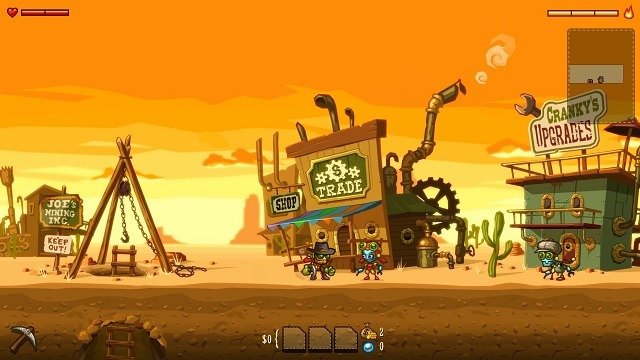 Your journey in SteamWorld Dig requires players to adventure beneath the old town of Tumbleton to find what is lurking below. Commanding the steam powered robot known as Rusty you’ll equip your pickaxe and eventually other tools to unearth rare treasures and create a recurring loop of treasure and upgrades. These upgrades can make Rusty himself more potent in combat against the cave creatures you’ll encounter or improve your ability to dig, move around the map or haul more loot to the surface.

This process is not without risk though with creatures lurking below the surface that have various attacks and behaviours to counter. Should players run out of health hearts you’ll lose your current inventory of treasure and half of your accumulated cash, in turn hurting your ability to purchase the more powerful upgrades. 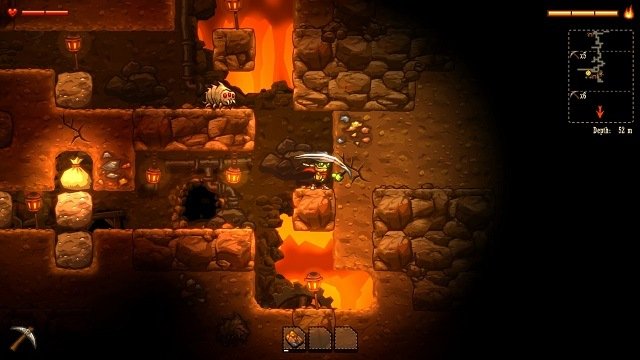 While adding a nice touch of challenge and anxiety to the game this mechanic does have the unfortunate side effect of punishing struggling players while giving successful players an easier time when combined with the limited resources in the mine itself. On top of the aforementioned upgrades a handful of single use items such as ladders provide players the ability to move through the mine layout. These once off items support the player’s core abilities of running and jumping to ensure no area is out of reach or leave players trapped in a dug out section of cave.

Outside of gameplay SteamWorld Dig doesn’t bog down players too heavily with story elements but provides a sufficient amount to give context to your adventure and encourage you onwards as you rebuild a town and make robot friends in the process. This campaign side of things will take players several hours to get through and this can easily grow into double digits if players take the time to fully explore the mines they’ll encounter for all the possible treasures. While these do have some random generation with each playthrough it’s not significant enough to warrant more than a single attempt at SteamWorld Dig. 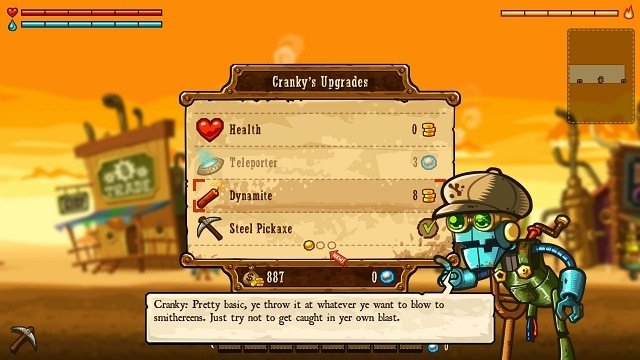 While a simple concept that has been done before the presentation of Steamworld Dig and an enjoyable upgrade curve makes it worthy of your time provided you don’t mind a bit of tedium in your robot adventures.

This review was first published on July 25, 2014. Read our update policy to learn more.

Games Finder is a Steam Curator and featured in the aggregate review scores data of MobyGames and Neoseeker.
FEATURED ON
Games Like Spelunky, Games Like Terraria
LEAVE A REPLY Cancel Reply