Ever wanted to contribute to your own online role playing game? Stendhal is a free to play open source project that is very reminiscent of early RuneScape in design and will have you exploring the game world as you battle in PvE and PvP combat while trading and completing quests. 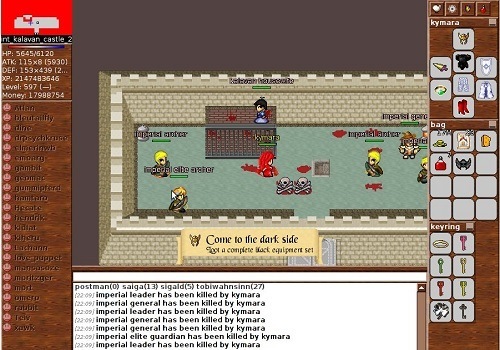 On the surface it’s easy to dismiss Stendhal as an overly simple game but there is plenty of enjoyable depth for fans of MMORPGs to experience. Gameplay starts off fairly slow in Stendhal just like in other games but doesn’t take long to learn allowing you to get a grasp for the gameplay almost immediately.

After creating and customising the look of your character you’ll be thrown into the game world where you can start your adventuring by killing rats and fattening up sheep for sale (yes you can actually buy a sheep, feed it food and then sell it for profit).

The possibilities in the game world feel endless with countless quests to tackle and a huge number of items to find. The number of items in the game numbers close to 500 and with low drop rates for the most powerful gear there is plenty of item hunting to be had. Of course you don’t have to find all your gear as you are free to trade with other players. 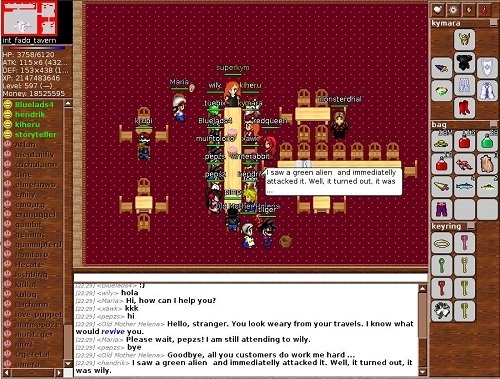 To round out what is an already impressive game Stendhal also includes a karma system that affects your luck in some game areas and raids where large numbers of creatures (and a few powerful ones) will attempt to attack and over run a town.

Stendhal is simplicity at its best with a game that’s easy to get into but offers hours upon hours of gameplay and once you are done playing you can shift your focus to creating new content for others.

Games Finder is a Steam Curator and featured in the aggregate review scores data of MobyGames and Neoseeker.
FEATURED ON
Games Like Ragnarok Online, Games Like RuneScape, Games Like Tibia
LEAVE A REPLY Cancel Reply