stikir is a game about making video games and the struggle for coffee to fuel that development cycle. Along the roughly one hour journey you’ll also gain valuable insight into the plight of this cycle and how so many game ideas are left on the cutting room floor and do not make a final video game release or don’t even result in a video game at all. stikir also promises a number of strange boss fights, a skew towards platforming levels, a simple control scheme and some seemingly intended frustrating sequences to mimic the developer’s own frustration in developing a video game idea. 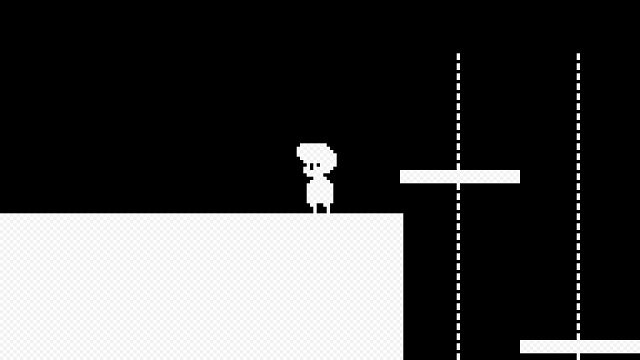 In a similar design to Bilge Kaan’s other unique adventure Indecision. stikir is an abstract experience that charges right through that fourth wall with many out of the box moments that will have you questioning what exactly you’ve signed up for.

While stikir starts innocently enough with a black and white canvas featuring a single X and establishing the developer’s goal to release a game within a 6 month window it quickly turns into something else in entirely. Establishing early that their is no rhyme, reason or rules there are few mechanics outside of the control scheme that carry over between the individual game sections of stikir. 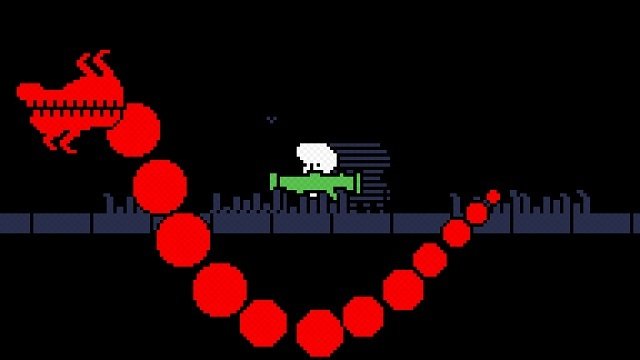 Opening with a selection of 7 characters it’s clear that stikir is not against deceiving the player either with only one of these actually an option to play as, drawing is time consuming after all. No sooner have you found the real one stikir converts the game palette back to black and white which it mostly stays as for the duration of your adventure.

These opening 5 or so minutes are also used to introduce other recurring themes such as the arrow key based platforming, X to activate items or weapons and your characters general speed of movement. Be it turning your character into a racing car, equipping a bazooka to fight a dragon, attacking a harmless circle, playing pong from the back of a deer, flying a pen spaceship or fighting against a fish stikir truly has it all. Solving each of these often a case of trial and error or thinking outside the box to escape an endless loop that requires a specific action. 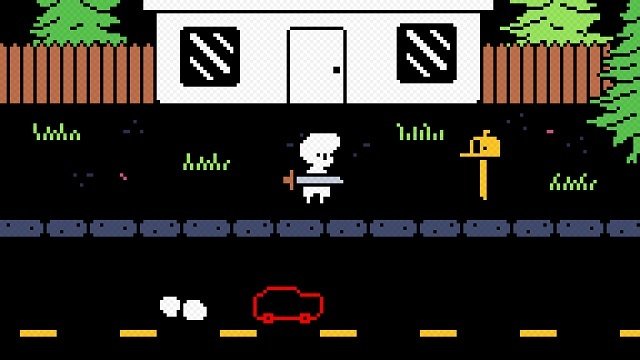 As mentioned some of these sequences can be painfully frustrating with death requiring you to start the specific stikir mini game again which seems almost counter-intuitive to the rest of the game as it slows down your adventure through the abstract world that otherwise moves forward at a steady pace. While these are no doubt easier during a subsequent playthrough there is little incentive to actually do so outside of 23 Steam achievements that require specific actions to unlock them all such as swim, undefined or line which isn’t something all gamers will be interested in chasing and important to weigh up against the purchase price.

Despite these gripes stikir offers a valuable journey of abstract gameplay, humour and simply strange challenges that experimental indie fans will eat up with joy.

This review was first published on November 30, 2019. Read our update policy to learn more.