Test your concentration and skill in Storm Rush a game that challenges you to set distance records as you fly through a colourful game world of fast moving objects. Offering a quickly paced experience that instantly becomes addicting (and even frustrating) it’s a great way to kill some time and challenge your friends on the respective mobile platforms. 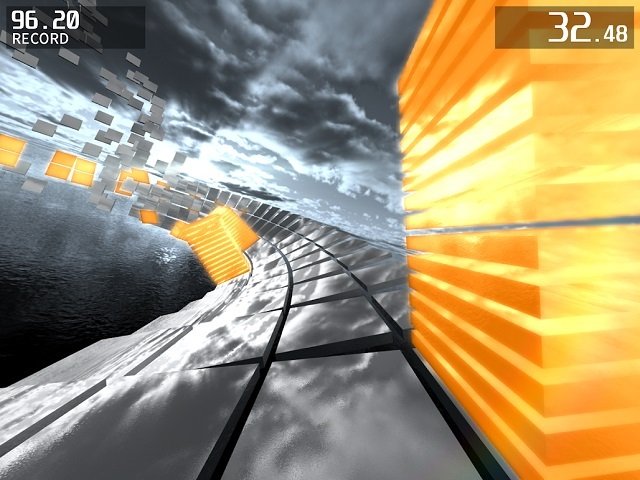 The premise of Storm Rush is simple with similarities to the endless running genre albeit a more toned down and simplified offering while simultaneously upping the game speed. Put simply players move left and right along the track while avoiding the coloured pillars that spawn on the track in various but random formations. With a constantly increasing speed, changing pillar colours and a rotating track it quickly becomes a quite difficult experience to avoid the never ending pillars while also being a visually impressive title.

It’s the sort of game where breaking your first 15 second run is an achievement and then your first 30 second game as you slowly work your way up to a minute and beyond while mastering the game patterns and controls. 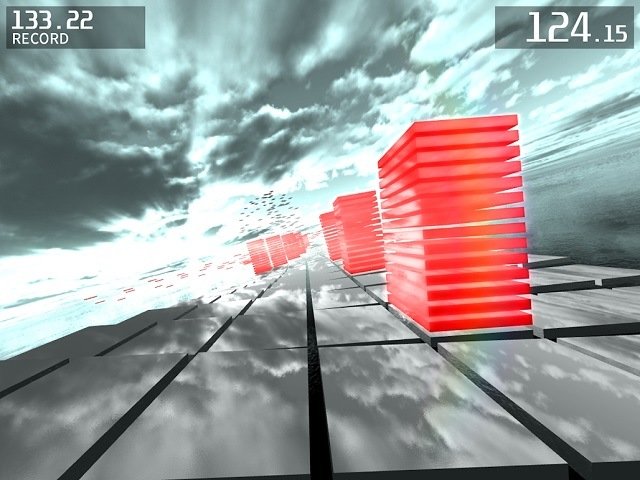 To complement the simple gameplay Storm Rush brings in a fast paced soundtrack and sleek graphics to ensure it’s an attractive time passing mobile game. This adds a lot to the game as you watch the world being built brick by brick ahead of you along with a soundtrack that gets faster and faster although some more variation here would be welcome as after a few dozen runs it loses the appeal.

Storm Rush is a game best enjoyed in bite size chunks and is one of those mobile games that is perfect to kill a few minutes when waiting around for something. While the game isn’t completely random with some patterns being repeated the ability for the track to rotate onto the side and even split into two separate tracks does keep the game enjoyable and there is still some skill required to recognise patterns and act accordingly. 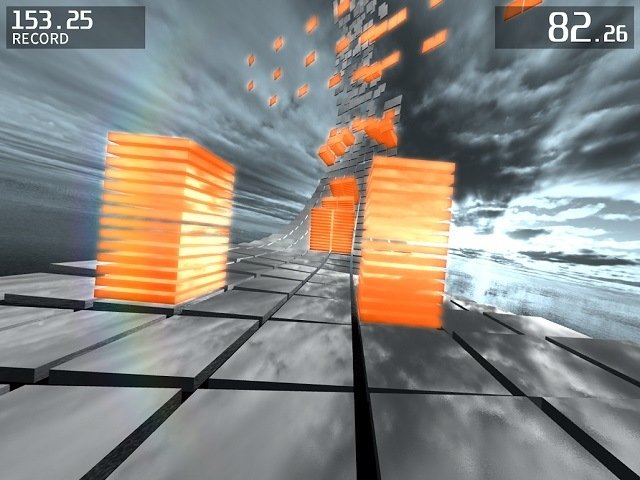 In short bursts Storm Rush is fun, addicting and a great time waster for fans of minimalist game experiences but don’t want to compromise on challenge in the process. As a paid game in the respective app stores Storm Rush is definitely on the pricey side though considering what it offers.