Story driven titles in the free to play strategy genre don’t usually go hand in hand but Stormfall: Age of War changes all that by introducing a strong storyline supported by voice acting to enhance your whole experience. Originally a browser game that has since been retired in favour of a Windows version available through Plarium Play the game continues to live on. A similarly named Stormfall: Rise of Balur is available on Android and iOS mobile devices which has a similar setting and mechanics although is a different game. 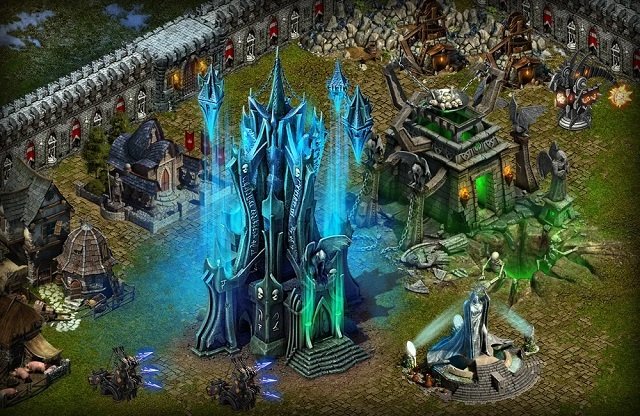 Set in a mystical land known as Darkshrine you’ll find yourself in a chaotic game world with the usual fantasy video game design elements. In Stormfall: Age of War you’ll seize control of the empire as the bravest and most experienced champion in the land in hopes of returning the empire of Stormfall to its age of glory that has long since passed due to continued war and political turmoil. The castle and its citizens are now in your hands, will the fate of Stormfall turn around for the better with you at command? And will you be able to push back the evil and slowly claim what is rightfully the empire’s property? It’s these questions that are quickly asked of the NPCs of the game world and explored with the PvE content side of Stormfall: Age of War.

Gameplay is typical of the free to play MMORTS genre with players collecting the resources they need from generating buildings and transforming these into troops, improved technologies or additional advanced buildings. You’ll also have the option to spend them directly on defence with buildings like walls helping you stave off attack just a little bit longer which may even make the difference between a successful and failed raid against you. 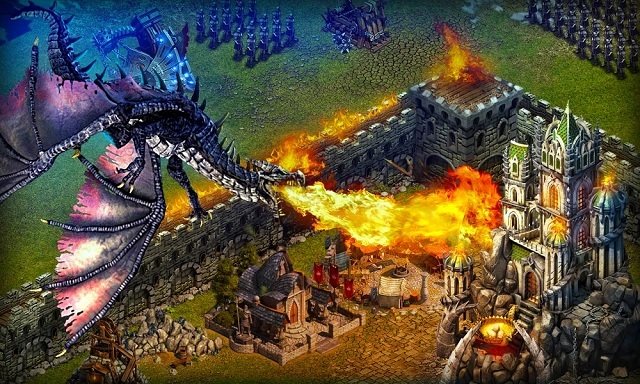 Resources in Stormfall: Age of War are kept fairly simple with food, gold and iron that are generated from either a farm, townhouse or mine building and used in various and realistic ways. Players can also construct some advanced structures which boost resource generation for each upgrade level and gives you a continued cycle of investment to boost your ability to stockpile resources. The second important category of structures in Stormfall: Age of War is the military buildings though as they provide you an avenue to recruit, manage and develop your fighting units. With options like the sentry house, order of knights, council of mages and halls of shadows you’ve got plenty of choice in the eventual makeup of your army forces.

Stormfall: Age of War stops itself from just being a game of troop numbers though by ensuring a vast technology tree has a role to play in battles. This gives it greater strategy depth than most of its competitors but also manages to keep things simple by easily displaying how technology will influence your troops in easy to understand numbers. 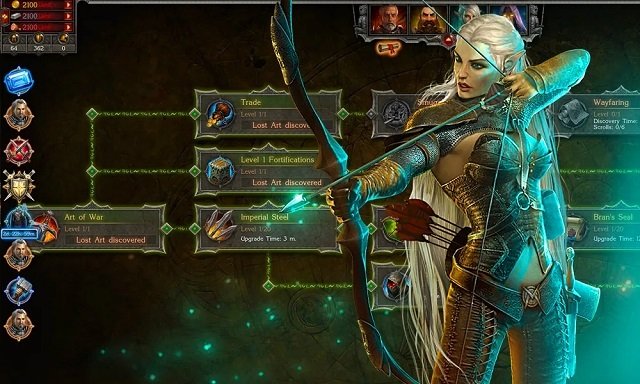 With over a million players Stormfall guarantees a vibrant experience and you won’t be running into thousands of abandoned accounts like you might in similar games which definitely encourages you to play on as you either team up with other players or make them your mortal enemy through consistent raiding of their resources or PvP tournaments. Those that want to focus on their own battles against AI content are also catered for with PvE battlegrounds, saga quests and other PvE tournaments.

With strong MMORTS foundations boosted up by the high quality of graphics, upgrades and voice acting Stormfall offers a winning browser formula for strategy addicts.