Stranglehold is a high octane action packed third person shooter that lets you do all sorts of crazy stunts on your PC, PS3 and Xbox 360. Designed as a sequel to John Woo’s 1992 action film, Hard Boiled the game features a number of call backs and movie style design choices for the keen eyed film fan, although those unfamiliar with the 1992 film won’t be missing out either. 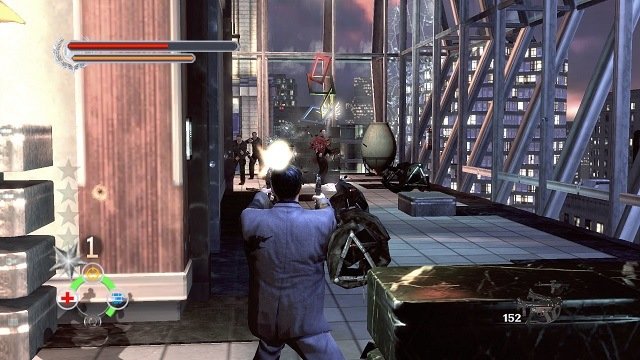 In Stranglehold players play as the tough cop inspector Tequila Yuen over a roughly 6-8hr campaign of action that takes you through all sorts of locations that are both geographically and generally diverse. Kicking off this adventure in Hong Kong players start an investigation into a recent police officer disappearance before being attacked by a number of triad groups and quickly becoming trapped in something deeper.

Throughout the game players encounter as many as 4 different triad groups that provide plenty of bodies for Tequila to fight against in the action orientated combat that also supports slow motion abilities for dramatic effect. This includes the Dragon Claw, Golden Kane, Imperial Nines and Zakarov Syndicate who all have their own gang styles and designs. 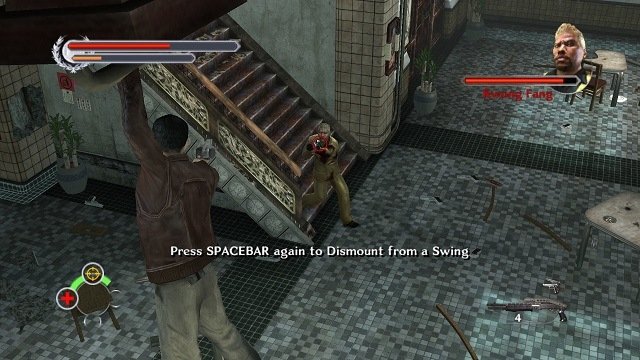 Gameplay wise Stranglehold is quite linear with players having objectives in a variety of settings to achieve that take them through linearly designed levels between objective location. Between you and this objective though are often countless henchman out for your blood with the occasional side path to restock your resources. Thankfully Tequila has all sorts of weapons up his sleeve to deal with these triad threats along with a range of special abilities to tip the odds back in your favour despite being dramatically outnumbered. Weapons such as pistols, shotguns, assault rifles and even rocket launchers all make an appearance at various stages of your adventure allowing for careful takedowns or alternatively high level carnage.

Actually firing these weapons often happens through the core slow motion mechanic that the game uses thanks to the fairly generous meter that controls how often you can enter this mode. This slow motion can be activated by pressing a button, diving in a direction or interacting with an object (such as a stair rail or chandelier) which does ensure it naturally occurs through gameplay for the most part. This slow motion mechanic is referred to as Tequila Time and vital to gameplay but is limited by a meter which drains with use and regenerates over time. 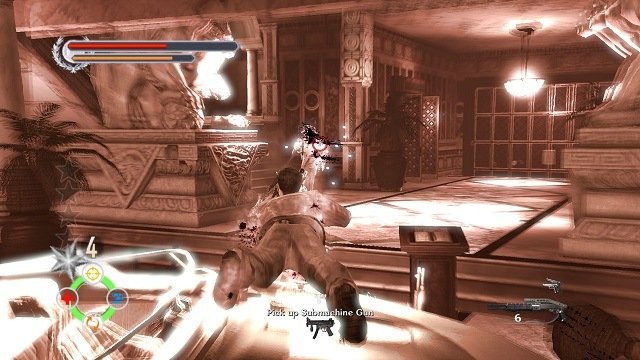 Other special abilities are known as Tequila Bombs and include healing yourself, precision aiming, barrage (endless ammo and invulnerability) and smart bomb that instantly kills everyone on the map (flying doves included). These special abilities also drain energy with increasingly larger energy requirements for the more powerful abilities. Replenishing energy comes from defeating enemies (more energy for dramatic kills) or finding hidden paper cranes around the map.

The chaos of Stranglehold is its greatest asset and it definitely achieves what it sets out to do by placing you in the centre of an action movie and supporting it with solid underlying video game mechanics.

Games Finder is a Steam Curator and featured in the aggregate review scores data of MobyGames and Neoseeker.
FEATURED ON
Games Like Max Payne
LEAVE A REPLY Cancel Reply