Stronghold Crusader was the first sequel to the original Stronghold and also one of the most popular. The game shifts the game setting to the Middle East and adds plenty of new units for you to participate in the Crusades with. 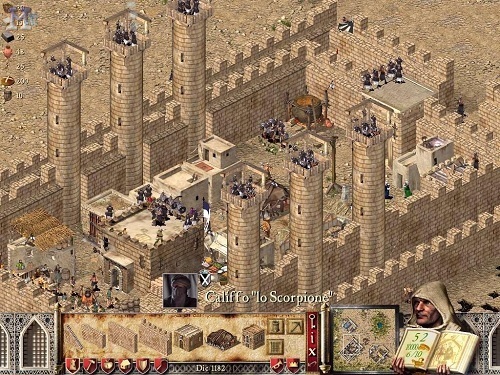 The game is simply packed full of single player campaign content with players participating in the first, second and third Crusades.

This means there are over 50 missions to tackle which feature a number of unique and challenging objectives. These missions offer great pacing and slowly turn up the difficulty making the game very accessible to new Stronghold players.

From a gameplay perspective not much has changed from the original game with players collecting the resources they need and spending them wisely to bolster their army for defence or attack. Players must again defend their castle while sieging the castles of their enemies. Some of your enemies from the original game return but most of your encounters will be against new threats. 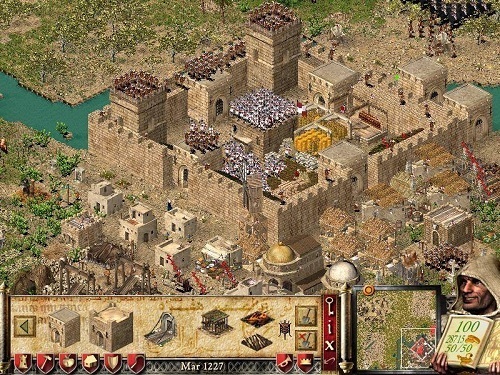 Every enemy in Stronghold has their own strengths and the AI is designed in a such a way to take advantage of this and incorporate it into their strategy. This encourages players to try new things as the first strategy they develop will unlikely be effective against future enemies. Players will find that this gives each mission a unique feel rather than following the same build orders and general strategic plan like other RTS experiences.

Stronghold Crusader definitely lives up to the Stronghld name and with all the new units and enemies the game is a much more deep experience than the original. Thanks to the HD release in recent years players can also enjoy the game in more modern resolutions so there is no excuse not to grab this classic for yourself.

Games Finder is a Steam Curator and featured in the aggregate review scores data of MobyGames and Neoseeker.
FEATURED ON
Games Like Age of Empires, Games Like Anno, Games Like Empire Earth
1 COMMENTS
LEAVE A REPLY Cancel Reply