Stronghold Kingdoms aims to change up the classic MMORTS formula by focusing on wars between medieval castles all across ancient Europe. With a focus on managing your castle the title has castle simulation elements while offering plenty of depth and strategy to explore for newcomers or fans of the Stronghold franchise. Available for Windows Stronghold Kingdoms is also available on iOS and Android which share the same game world.

Like other games in the genre Stronghold Kingdoms features an array of mechanics that you’ll have to master from economic to military and even political. Each of these systems is in depth and seeks to go beyond the basic level of other free to play MMO style strategy games on the market. With the unpredictable nature of the MMO game framework the challenges you face will be constantly changing and require you to adapt to the persistent game world with thousands of other players. 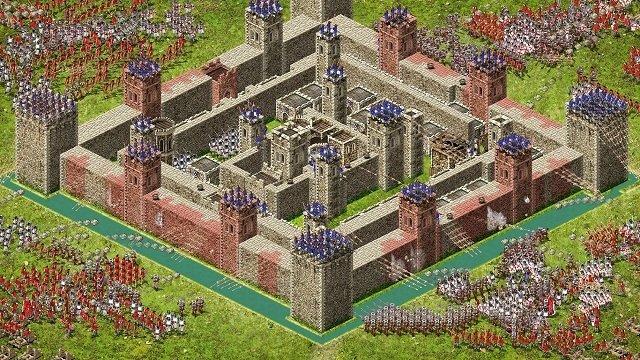 Stepping in the world as your own lady or lord of a castle you start with a single village and associated defensive keep with everything surrounding you at war although you’ll have a few days of peace to establish your empire. From this starting point you’ll build out your stronghold for defence, siege other players on the offence, research new technology and ultimately lead your house to become the most powerful in the land of Stronghold Kingdoms.

Players start in a random or manually selected location on the game map and after a brief tutorial with your trusted advisor you’ll be given full control over your village. With am interface full of detail players have all the information they need with a summary of your current resources and other game currencies while letting you move between your villagers, visit the world map, attack, build or research. 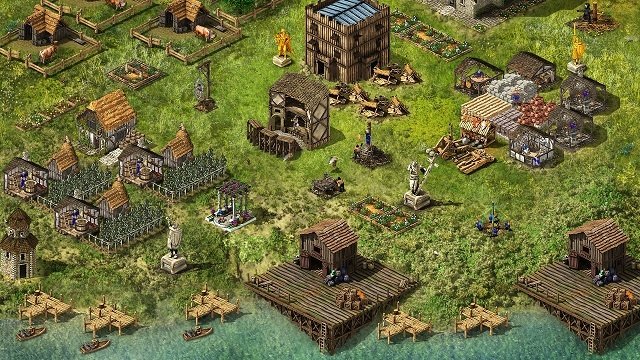 Starting with three core buildings of the village hall, stockpile and granary that can all be upgraded and hold the various game resources. The village hall for example is where you store clothing and banquet foods which means clothes, metalware, salt, silk, spice, venison and wine. In comparison the granary holds basic food items like apples, bread, meat and vegetables. While the number of resources can seem overwhelming they have a small number of overlapping uses such as recruiting specific units, increasing your popularity, construction or hosting a banquet.

This resource management is the foundation of your kingdom and ties closely to your village growth and subsequent military needs. Stone and wood are key resources here with Stronghold Kingdom adopting an exponential curve for each building duplicate that you construct. In time with a growing number of buildings your village tier will increase which also has a visual impact on the world map. You’ll also have to pay close attention to your kingdom layouts as they can have a large impact on your resource generation if arranged for maximum productivity and is a nice additional strategy touch that makes sense given everything is moved by hand or horse drawn carts. Your peasants are the heart of this resource machine and based on your housing capacity but also the overall popularity of your village which increases the speed that they migrate to that village. 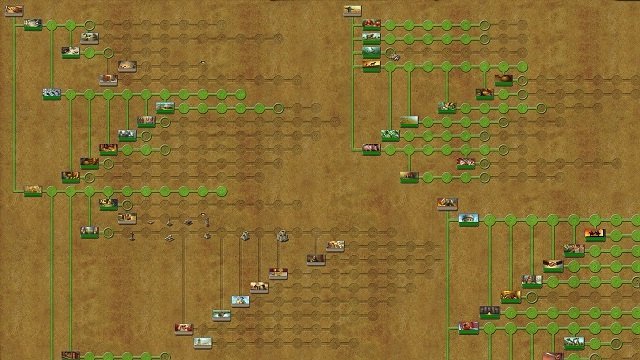 Players can’t focus solely on resource generation though with honourable buildings like decorations or churches needing to be built along with some training camps for your army units. While Stronghold Kingdoms has a fairly tight pool of troops at under a dozen each has a clearly defined role in a military formation and can be further advanced with research. Options include armed peasant, archer, pikeman, swordsman, catapult and captain alongside other units like merchant, monk and scout.

With research being a familiar pillar of customised strategy further customisation to your village is handled through a unique strategy cards modifier system that lets you boost production rates, the strength of your units and everything in between when active. With all these mechanics in a single game Stronghold Kingdoms is definitely one of the MMORTS games that you can derive more gameplay out of than most in the genre although it is slightly slow out the gate.

This review was first published on December 17, 2014. Read our update policy to learn more.