Super Paper Mario is the third title in the Paper Mario series, available for the Nintendo Wii and Wii U this Mario themed action adventure lets players switch between 2D and 3D perspectives at a moments notice and serves as the primary puzzle game mechanic. Departing somewhat from the Super Paper Mario franchise formula there is no turn based element and instead opts for platforming more akin to the core Mario franchise with light touches of RPG mechanics. 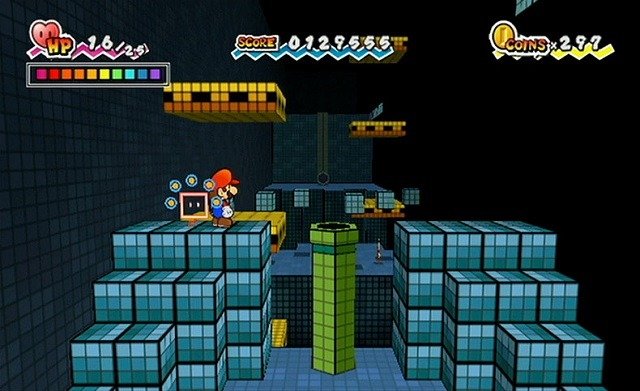 Your main objective in this Mario world is to find and collect eight Pure Hearts across the 8 game chapters of Lineland, Gloam Valley, the Bitlands, Outer Space, Land of the Cragnons, Sammer’s Kingdom, The Underwhere and Castle Bleck. Each chapter serves as a different area with unique elements and is accessible from the primary hub town of Flipside where your journey begins. This journey has been foretold by the Light Prognosticus, a prophetical tome that details how a hero matching Mario’s description would save the universe from complete destruction. After Peach, Bowser and Luigi are captured by Count Bleck and forces Peach and Bowser to marry in order to open up a black hole to “The Void” Mario is called into action to complete this prophesied journey.

Told across 32 levels within the 8 game chapters players will slowly be introduced to the perspective swapping mechanic that allows the 2D world to transform into a 3D one and vice versa. As mentioned it’s more than just a mere gimmick though with the 3D perspective having clear puzzle benefits by allowing you to pass an impassable object, locate a secret item or dispatch an enemy that is only possible while in the 3D state. To balance usage of this though excessive use of 3D will drain Mario’s health pool with death sending you back to your last save point. 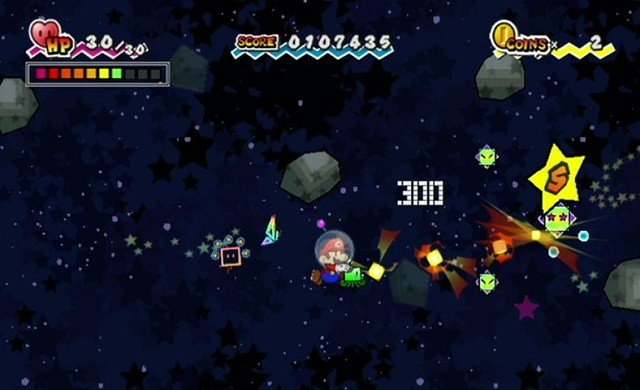 In addition to using Mario players can also command Princess Peach, Luigi and even the evil Bowser himself who all have their own abilities that make it easier to get past a certain point in the game or reach some sort of secret. Peach for example can float over long distances and block attacks, Bowser can breathe his infamous fire and Luigi can complete a super jump to reach the highest of places. Swapping between these characters is fairly free form and available in the majority of situations depending on the section of the story.

To create some light RPG mechanics an underlying scoring system which tracks your defeated enemies and item usage doubles as an experience bar which increases your level, damage and health. Items include a range of utility, attack, defence and recovery items that all feature familiar Mario aesthetics with some borrowed from other Mario titles. 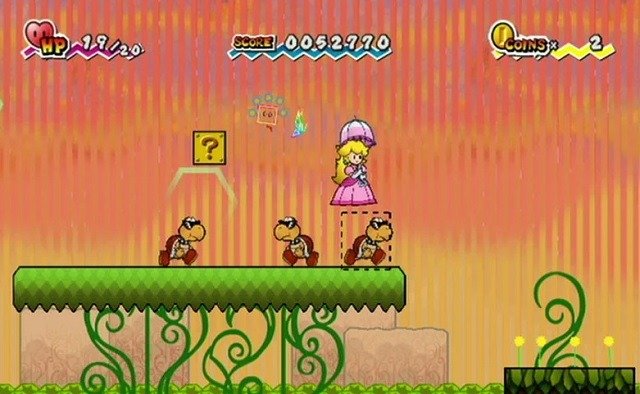 Overall Super Paper Mario is light hearted, unique and a slightly fourth wall breaking adventure that offers fluid gameplay thanks to the move from turn based combat to traditional platforming.

Games Finder is a Steam Curator and featured in the aggregate review scores data of MobyGames and Neoseeker.
FEATURED ON
Games Like EarthBound, Games Like Undertale
1 COMMENTS
LEAVE A REPLY Cancel Reply