Return to the origins of Rocket League on the PS3 with Supersonic Acrobatic Rocket-Powered Battle-Cars (SARP Battle-Cars), the first car orientated game to be released by Psyonix. 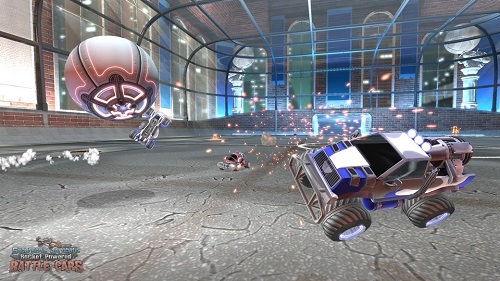 Similar to the game that came after it SARP Battle-Cars is a soccer video game that introduces vehicles into the mix. Playable alone or with other players (online or locally) the main gameplay revolves around you using your car to hit a large soccer ball and guide it into the net.

Matches in SARP Battle-Cars last for 5 minutes with the win being awarded to the side with the most points. Just like Rocket League if the scores are tied at the end of game time a sudden death mode will activate which lasts until a single goal is scored. Other similar mechanics include the destruction of your car which prevents players sitting around waiting for the perfect shot as you’ll need to constantly be on the move. 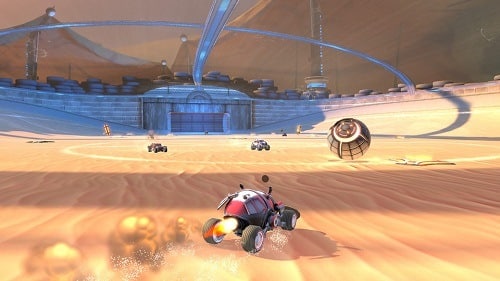 This includes unique tournaments and mini games that will challenge you in different ways such as being massively outnumbered by the AI, scoring goals in certain time limits or defending a goal for an extended period of time. Star ratings between 1 to 5 are awarded based on your performance with 5 stars requiring significant control over your vehicle.

While the online domain of SARP Battle-Cars isn’t at the same level as the subsequent Rocket League release the unique challenges are a great experience and worth playing if you’re a PlayStation 3 owner who also loves Rocket League.