Supreme Commander 2 is the second game in the Supreme Commander series of real time strategy games that explore modern and futuristic warfare with a focus on vehicle combat. The game takes place in a futuristic setting and is available on Windows, Mac and Xbox 360 with backward compatibility available for Xbox One. 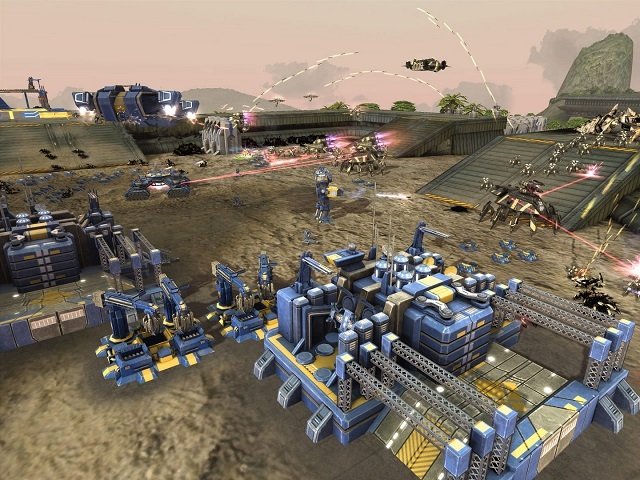 Supreme Commander 2 takes you through three different campaigns as you command the United Earth Federation, the Illuminate and the Cybran in battle. Each of these campaigns has their own story and units for you to explore which helps you take in the game from all of the players in this three way war. At the same time it ensures ample campaign content and allows you to command all the units included in the Supreme Commander 2 experience.

Most of the individual campaign missions are at a massive scale with players often having a well established base from the start of the mission. This makes Supreme Commander 2 ideal for those that don’t want to spend the early game building bases and would rather dive into the strategic action.  As you would expect from a strategy experience with an underlying campaign the further into the game that you advance the more units players will be able to utilise while also increasing the difficulty of your level objectives. Throughout the missions players will get to battle on land, air and even sea to ensure it’s a fully fledged offering in the realistic based world. 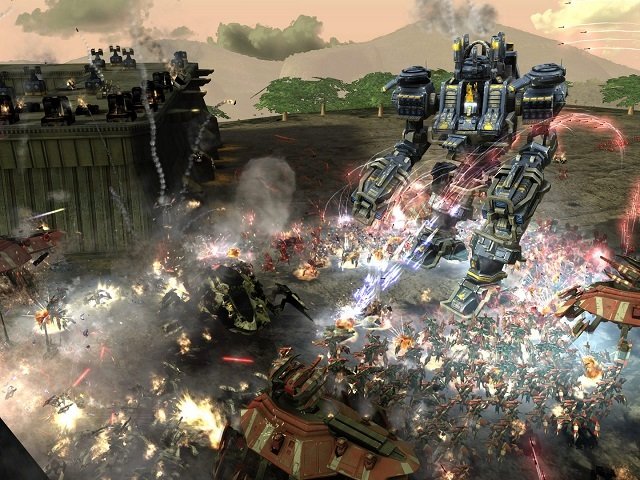 For those not content with the single player campaigns Supreme Commander 2 also includes multiplayer and a skirmish game mode to boost the overall content. In these modes players start with a single command unit which is very powerful and capable of construction to get your base started and thus offers an alternative style experience to the core campaign. This unit also serves as the victory condition with victory achieved by destroying the commander unit of your enemy making it vital to defend.

If you’re familiar with the original you’ll find that Supreme Commander 2 has plenty of changes from the first game and is enough to consider them entirely different experiences (apart from the setting), so if you tried the original Supreme Commander and found it overly complex then the sequel promises to be something different with simplification in all the right game areas. 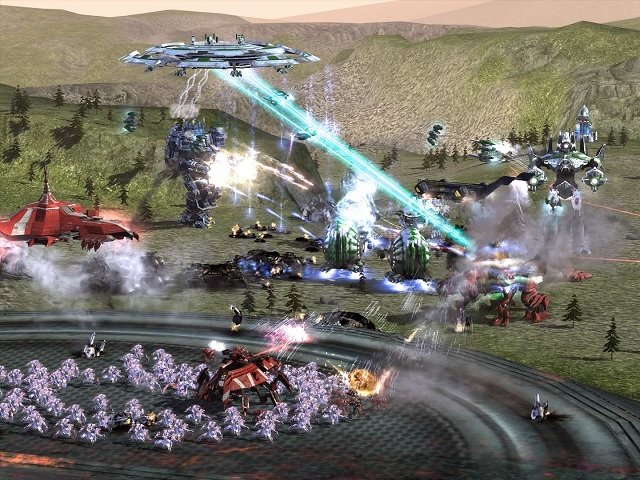 Most notably while the sequel features far less buildings and units this is a positive move for the franchise by dramatically decreasing the learning curve while still retaining sufficient strategic depth. A research resource has also been added to the game and operates in such a way that games can swing in your favour from technology alone which is fairly unique to the Supreme Commander series.

While this makes Supreme Commander 2 easier to learn than past titles of the series those wanting a similarly complex strategy title as the original might feel alienated.