Sword of the Stars: The Pit has you as the last hope for your world as a deadly plague ravages the entire population will an alien facility hold the cure? 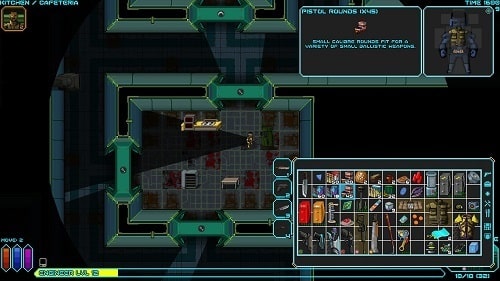 With 30 randomised floors of rogue like goodness to conquer in Sword of the Stars: The Pit is a game that you will be dying often as you try to make it deeper and deeper into the facility. For those that are truly dedicated you’ll have a total of 6 different difficultly levels to attempt and potentially hundreds of hours of gameplay.

Sword of the Stars: The Pit uses a turn based approach to your adventure although this doesn’t slow down gameplay as it happens mostly behind the scenes. The turn based nature is more about giving you time to make the correct decisions to maximise your success.

Even making the most optimal decisions won’t always ensure success though with a brutal randomisation engine behind the game that is a little more harsh than other rogue-like experiences. While much of the randomisation appears in terms of level layout and number of enemies it is also very present in the item hunt both in finding items and the impact they will have on your character.

The sheer number of items and their seemingly random effects make every item use a risky proposition that can either quickly end your game (by accidental poisoning yourself) or dramatically helping you (such as a serum that dramatically boosts your stats). Many of the seemingly useless items also play an important role in crafting recipes which you’ll find and are persistent through all characters. 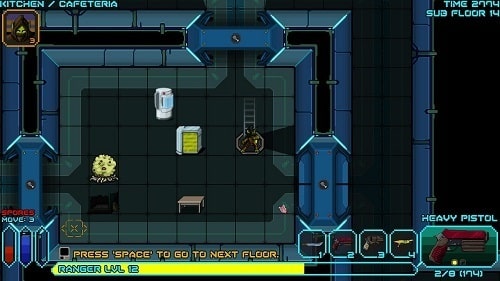 Skills are one of the most fleshed out elements of the game with well over a dozen that change your chance of success in a range of actions from attacking to using medical items or searching. With the addition of nearly a dozen classes (although only 3 are available in the base game) there is lots of mixing and matching to come to a playstyle that you enjoy.

Sword of the Stars: The Pit has all the fundamentals of a rogue-like experience and an insane amount of content. Luck plays an overbearing role in your success though with plenty of games not being winnable from the start. As such you have to be willing to accept the adventure you’ve been given to avoid frustration.

Sword of the Stars: The Pit