Sword of the Stars belongs to the 4X space genre and features four different races (six with expansions) for players to use in their quest for galactic domination. The game shares similarities with the Total War series in that it blends turn based gameplay with tactical real time space combat. 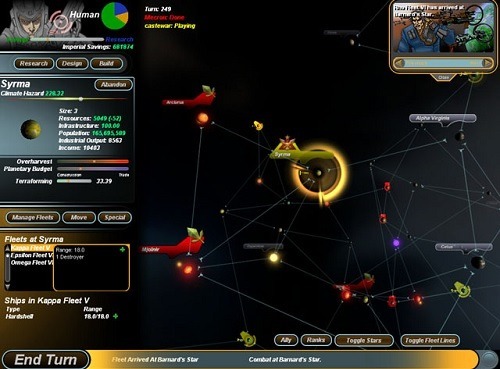 Since its release the game has received three expansion packs along with a number of free updates which add new races, technology and ship components for players to use.

Just like in other space strategy experiences your goal in Sword of the Stars is to achieve dominance over the galaxy by expanding your territory, placing colonies on new planets, researching various technologies and designing space ships to explore the galaxy.

Sword of the Stars also has a large focus on randomisation to ensure that each game is a different experience requiring more adaptive strategy choices rather than a one size fits all approach. This randomisation includes maps features, technological upgrades and random events or threats in the game world.

Provided players have all the available expansion packs there are a total of six different alien races for players to take control of. As you would expect in a strategy game they each have their own preferences towards certain technologies and tactics along with their own backstory and origins. 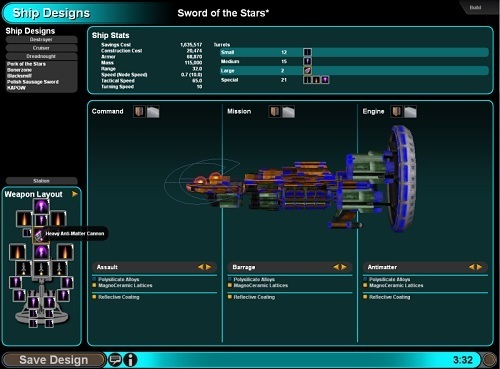 As mentioned previously the gameplay revolves around a similar system as Total War which blends turn based and real time aspects. The game aims to be faster paced though with plenty of timers in place during both the turn and real time game elements. Ship design also uses this philosophy by making it a very streamlined process involving several core pieces with customisation coming from how the player puts them together.

If you love the Total War series you’ll feel right at home in Sword of the Stars. Fans of the 4X genre also have lots to love with the random game elements and streamlined gameplay making for a faster game overall.

Sword of the Stars