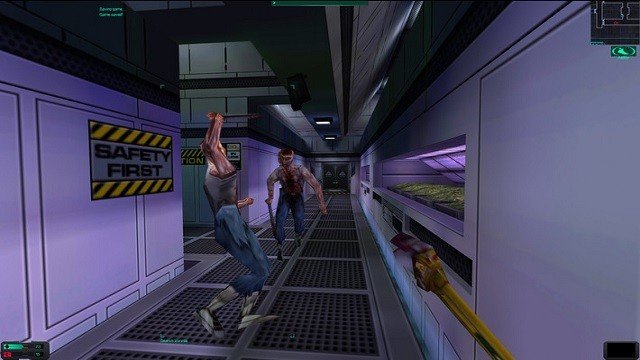 The setting for System Shock 2 pushes players far into the future (2114) with a dystopian style theme that centres on the player soldier as they attempt to fight off a genetic outbreak that is taking control of a starship (Von Braun). This is not the first time an outbreak of this nature has appeared in the science fiction world of System Shock 2 though with the origins dating back to a 2072 incident and a failed media cover up. While not the exact same situation as the one 42 years ago there are similarities around the AI source pulling the strings that players will need to address alongside the alien worm like virus. These parasitic worms infect and change their human hosts which in turn brings them into the psychic hive mind species referred to as the “Many”.

In attempting to save the starship and the survivors on said ship players will be able to explore the different ship areas while developing a character that suits their preferred play style with a number of skills and abilities. This adventure starts with players selecting from several careers for their soldier that imparts various starting bonuses and skills although doesn’t lock players fully to a path. This choice includes the Marine that is a specialist with weapons, the Navy that has a knack for technical skills and OSA: Agent that have an affinity for the psionics. 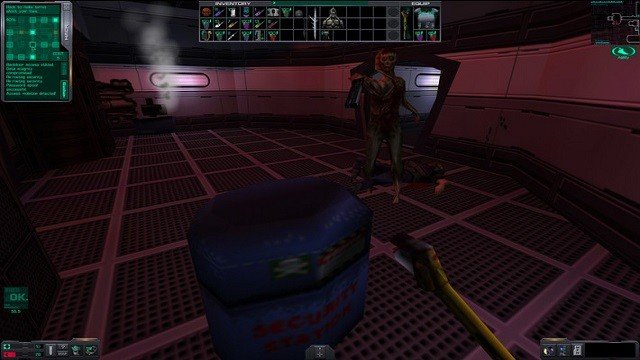 Building from this foundation career point players will obtain additional upgrades to skills by completing missions and other objectives which also help to fill in the story of this dark game world as you explore every corner of the ship. These upgrades primarily come in the form of cybernetic modules with players also having a smaller number of O/S upgrade machines for smaller one time permanent stat boosts and a nanite currency system that can be spent on various items or reconstruction respawns.

Role playing elements also feature heavily in the inventory system where players can collect a number of weapons that each have their own strengths in combat and will degrade with use. While you have some basic melee weapons the majority of your arsenal in System Shock 2 comes from traditional pistol, shotgun, assault rifles, grenade launchers and modern energy weapons. Ammunition for each of these weapon also comes in a number of types allowing players to mix and match different ammo based on the enemy. Traditional organic enemies for example are vulnerable to standard ammunition while the mechanical and half mechanical enemy encounters are best handled with an energy weapon instead. 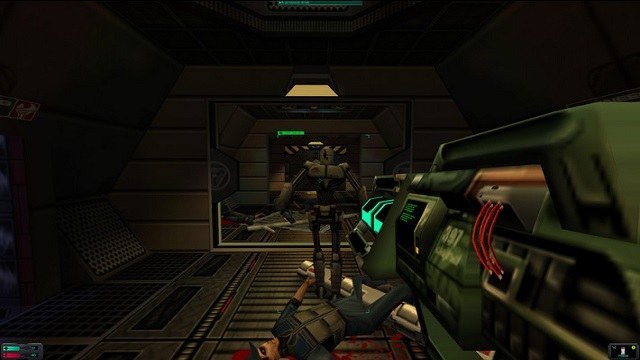 While these enemy designs and the dark starship setting are key to the overall horror atmosphere you’ll also find that the scarcity of ammunition is equally horrifying. This also serves the secondary purpose of encouraging players to explore, conserve resources where possible and engage with the other light RPG mechanics of the game such as the hacking mini game that may open up an alternative way to progress forward or reward nanite currency from a cache.

Beyond hacking players in System Shock 2 can also engage in research by collect parts of their enemies and combining them with other chemicals to discover weaknesses to ultimately boost your damage in combat against them. This research branch of gameplay also provides a pathway to some of the games unique exotic weapon types that offer the pinnacle of combat.