TagPro offers free online multiplayer capture the flag gameplay and has proven itself as an addicting game with a steady audience of players since its 2013 release. 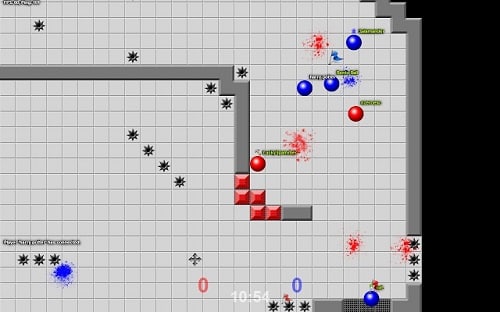 TagPro utilises a simple concept but is incredibly addicting and has many hidden intricacies that can not only keep the game interesting in the long run but also allow skilled players to excel.

Gameplay doesn’t modify the core idea behind capture the flag with two different modes that replicate the same core idea. In the CTF mode players will play in typical fashion where they must take the enemy flag while taking it back to their own. The alternative to this is the neutral flag mode which features a single flag which players must capture and bring it back to their designated zone.

Spawning on either the red or blue team players will control their ball using arrow keys. To facilitate better movement around the game map players will find a number of things to interact with from power-ups to dangers. This huge list includes speed boosting pads, spikes, gates, bombs, portals and much more. 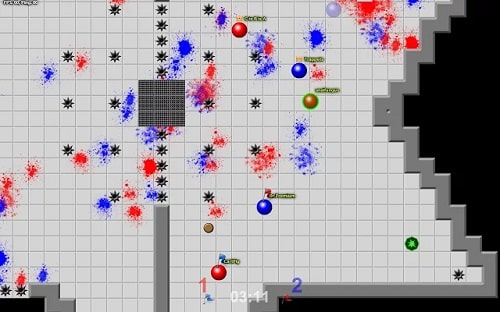 Once players pick up the flag they can be destroyed by players on the opposing team by making contact with them. Games can end by either points or time limits.

TagPro strikes that great balance between simple, fun and deep. It has a supportive community that ensures the game is going to be around for some time yet and has enough newcomers that there isn’t a barrier to entry. With multiple server locations the game also supports gamers from all around the globe with a decent activity during peak times.

Games Finder is a Steam Curator and featured in the aggregate review scores data of MobyGames and Neoseeker.
FEATURED ON
Games Like Agar.io, Games Like Mini Militia, Games Like Rocket League, Games Like Slither.io
LEAVE A REPLY Cancel Reply