Taichi Panda: Heroes expands on the highly popular Taichi Panda formula with another release of mobile action RPG gameplay. This time around you’ll have a range of collectible heroes to take into battle, level up and find ideal equipment for your selected champion in addition to new MMO features. 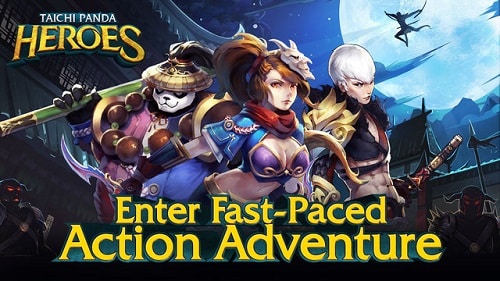 In terms of story Taichi Panda: Heroes is set in a fantasy era before that of the original game although it’s designed in such a way that you need not have played the first mobile hit. The world is much larger as well, primarily due to the shift into the MMO space.

Gameplay stays true and close to the formula you’ve seen before, each element however has been improved in terms of graphics, responsiveness and variety to ensure its more than just a re-skinned adventure. An area of particular attention has been the heroes roster with more heroes to command with skills and designs that make them feel more unique and differentiate them from each other.

Players are well incentivised to find a handful of characters they like with the ability to switch your main character as desired, either because they are better suited to your current mission or you simply desire a change of pace. A healthy hero roster also ensures you can make use of synergies and the various loot that you’ll find during the fast paced combat. 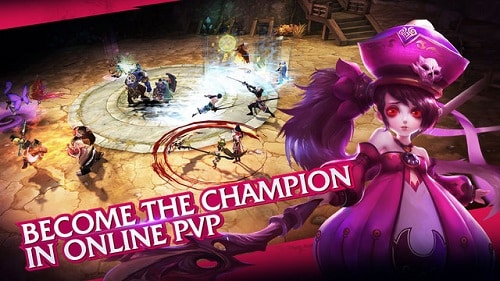 This combat is impressively flashy and best of all need not be enjoyed alone with a wealth of dungeons, bosses and other objectives for you to tackle with friends or other players within the Taichi Panda: Heroes player pool.

Taichi Panda: Heroes is a great next step for the franchise with wide appeal to die hard fans wanting an upgraded adventure or newcomers who want to take their love of action RPGs onto their mobile device.