Taichi Panda aims to achieve what very few games have on mobile devices, deliver an impressive hack and slash adventure that feels responsive and has the feature list of bigger titles in the genre. 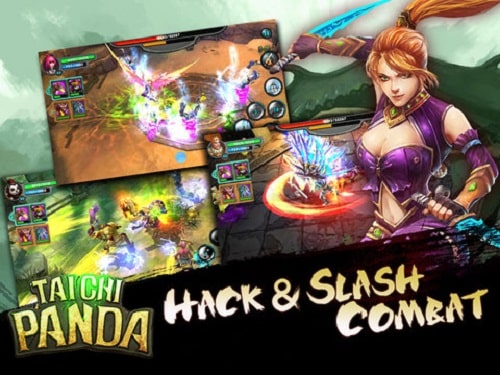 Taking place in a mythical world full of the usual demons, bandits and goblins players will bet asked with countless quests as they play as a panda who has mastered the martial arts, a treasure seeking adventure or a well armoured knight. Of course each has their own abilities that assist them in battle although they all have a melee focused approach.

The world of Taichi Panda is the foundation of the experience with some impressive graphics combining with good level design to keep things visually impressive but also offer good variety. The actual game world plays out more like an instanced MMO than anything with players accepting quests and advancing the story and then entering dungeons to advance the story.

Each of these levels has different enemies and potential rewards which are gained at the end of each level by selecting one of three cards that gives you a random reward from the potential options for that level. This system is perfect as it lets players stay in the action during each instanced level but still gives you that loot hunt to customise your character. 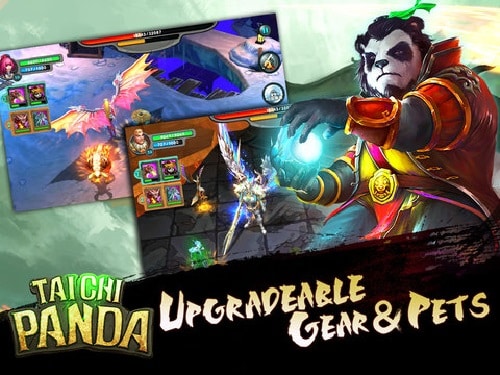 The fun doesn’t stop there in Taichi Panda either with pets, boss battles and even PvP packed into the mobile adventure to ensure there is enough variety for the long term. Multiplayer is particularly satisfying with co-op options, one vs one duels and team battles.

For a mobile audience that is constantly craving the next big game Taichi Panda has plenty of appeal with good game design from head to toe. It’s got a few issues but those are more due to the platform limitations than gameplay decisions.

This review was first published on March 9, 2014. Read our update policy to learn more.