Tales of Grace f is the PlayStation 3 port of the popular Japanese RPG that was originally released on the Nintendo Wii (only in Japan). The game is part of the long running Tales series with similar gameplay and story elements to the previous instalments in the franchise that have seen this JRPG rise the ranks amongst critics and genre fans alike. 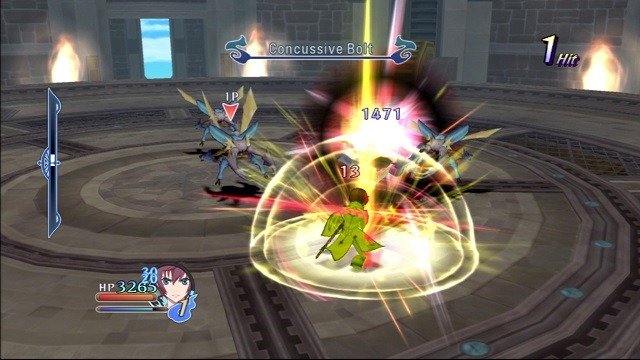 In Tales of Grace f players will have the opportunity to explore the fictional world known as Ephinea which is divided into three different countries which are visited through the story. You’ll start your Tales of Grace f as a mere child though as you make friends with some of the core game personalities and also befriend a strange girl with no memory (it of course wouldn’t be a Japanese role playing game if everybody still had all their memories) named Sophie.

Much of this early game childhood is a slow affair and is designed to set the scene for the game to come alongside the basic tutorial elements. The core of your adventure in Tales of Grace f is set 7 years after this childhood as the friends you once held dear as a child once again gravitate towards each other due to the unrest on the continent. Oddly enough Sophie hasn’t aged a day only increasing her strange aura while your once close friend Richard has gone drunk on power over the years. 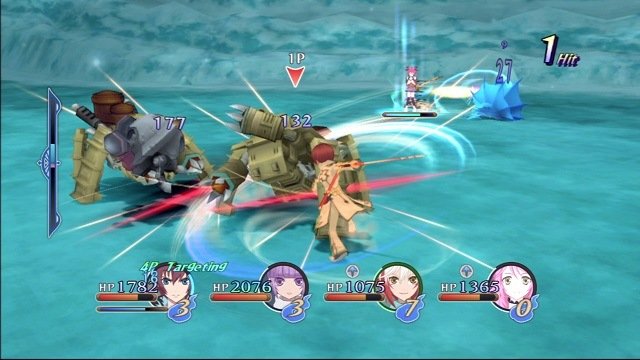 Gameplay in Tales of Grace f is a fairly linear experience like the broader genre but does include a strong amount of detail along the way. From the areas of the game world, characters and enemies all have clear and wonderful designs. Supporting this further with core dialogue, combat and mini games you can expect to get a total of 50hrs from Tales of Grace f which is par for the genre, perhaps slightly above average.

Combat is simple on the surface but delivers a good amount of depth for those willing to explore it like many of the great JRPGs before it. Battles are real time and similar to the previous Tales games uses a mixture of standard attacks and spells to deal damage to enemies while ensuring you’ve got ample choice in how you approach fights. Players can only directly control one character at a time but can switch between them quite easily which again builds on that variety to see you through the 50 odd hours. 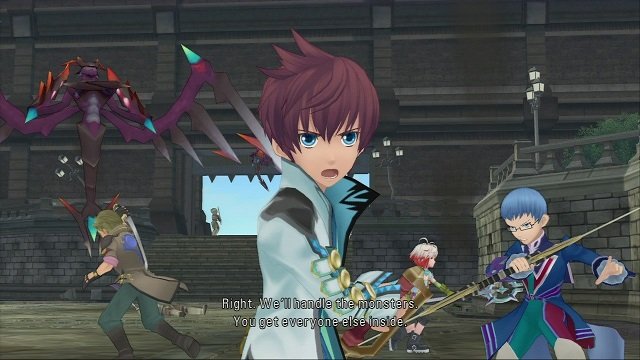 The real depth of combat though comes from your strategy options which alters your AI companions and how they respond in combat. You can set a member to always focus the stronger enemy, choose their balance between attacks and spells and decide how defensive you want them to play which opens up plenty of strategy control.

This strategy is taken even further with the title system which lets you equip certain titles to characters to bestow stat boosts and new skills on them so that your team of childhood adventurers could be vastly different from another player. Titles are mostly unlocked by story progression or by achieving certain combat feats that does encourage some achievement hunting. While it doesn’t deliver much else in terms of sense of discovery or exploration the scripted story of Tales of Grace f does make up for it although it can be hit or miss depending on your preferred style and JRPG tastes.