If you want a more casual first person shooter experience that is also free to pick up and play then Team Fortress 2 (TF2) will deliver on your desires. 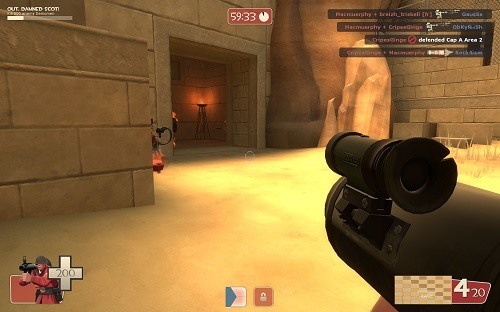 The game focuses  on co-operative gameplay with emphasis on team based game modes and different characters that support each other in different ways. Team Fortress 2 is also considered one of the more balanced FPS games around.

The core elements in the Team Fortress 2 are about as simple you can get and pits two teams against eachother across a number of maps and modes. These teams are RED (Reliable Excavation & Demolition) and BLU (Builders League United).

In the game players are free to spawn as one of the nine classes regardless of which team they are on. Each of these classes has their own role to play in the game along with strengths and weaknesses. As players play a class more they’ll be able to unlock different items for their characters through item drops which enhance a certain area of equipment or change it up completely. For example the Pyro character can unlock the ability to always gain critical hits with his flamethrower from behind.

In addition to finding items through drops players can also craft items by breaking down duplicate items or trade them directly with other players creating a very MMO feel. 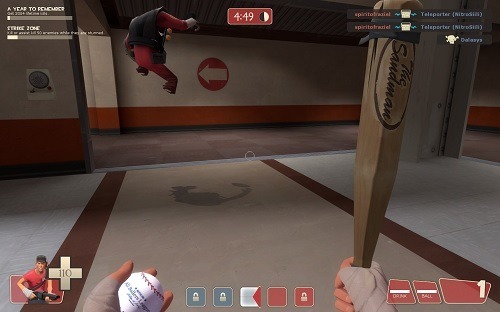 Fans of other FPS games will instantly recognise some of the game modes but Team Fortress 2 does have some more interesting game modes worth trying. Game modes include the always popular capture the flag, a king of the hill mode, team deathmatch, control points, payload and several others.

The ability to switch characters at any time combined with the huge number of game modes has given Team Fortress 2 an amazing longevity and is still popular over 5 years after its release (and it’s easy to see why).

Games Finder is a Steam Curator and featured in the aggregate review scores data of MobyGames and Neoseeker.
FEATURED ON
Games Like Call of Duty, Games Like Combat Arms, Games Like Crossfire, Games Like Overwatch
1 COMMENTS
LEAVE A REPLY Cancel Reply