Terraria was developed by Re-Logic and combines a number of different game genres including adventure, role playing and platforming. It is often considered to be one of the best sandbox style games available. 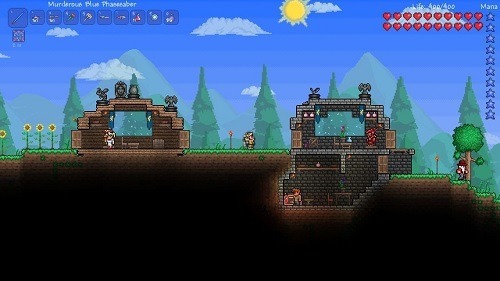 Terraria was released in 2011 and focuses mostly on action and exploration in a randomly generated 2D game world. The game has much less of an emphasis on building than other games so Terraria will appeal mostly to the adventure veterans of Minecraft rather than players who prefer to hangout in creative mode.

The best part about Terraria is that it offers something for everyone and includes a variety of activities from resource collection to exploration and character development. The game has several difficulty levels available to players and even includes a hardcore mode where death is permanent.

Grabbing a copy of Terraria to play with friends is your best bet as it will instantly double your fun in this content filled 2D adventure game. The game definitely thrives in a multiplayer environment as you’ll have the joy of exploring the depths of a random game world with a friend and in turn enjoying them scramble for their life when they accidentally fall into a lava pit. Multiplayer in Terraria makes for a fun and often hilarious gaming experience and easily allows large groups of players to play in a single game.

Players start their Terraria career with some basic copper tools and from here can create the virtual world around them through exploration, combat and buildings. Players will initially focus on resource collection to create stronger tools, weapons and armour which can eventually be used to explore dungeons and defeat bosses while attracting a number of NPCs to your cause. 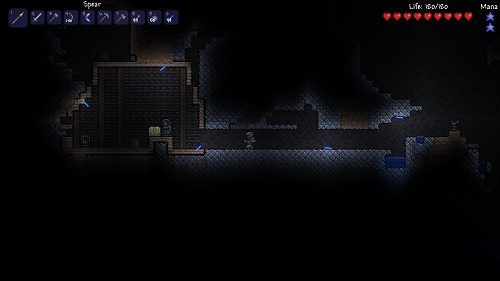 Fans of Minecraft will quickly recognise the day/night cycle and the fear that comes with night time as you encounter a wide range of different enemies. The game is also not without its own collection of epic boss battles which the player can summon when they see fit.

The wide variety of enemies also have their own unique features to make each encounter a different and challenging experience. You’ll battle simple slimes all the way up to giant worms. Terraria is definitely a game for fans of adventuring with friends and promises near countless hours.

This review was first published on June 19, 2014. Read our update policy to learn more.