The Age of Decadence takes a different path in the turn based isometric genre with a post-apocalyptic Roman like setting that has been rarely explored by this video game genre. Drawing inspiration from the likes of the classic Fallout games but throwing a touch of light magic into the mix you’ll find a familiar skill based characters that open up multiple paths for decisions, dialogue and questing. Players explore a game world ravaged by an ancient war where dark magical powers destroyed all combatants, leaving a glorious Empire in ruin. 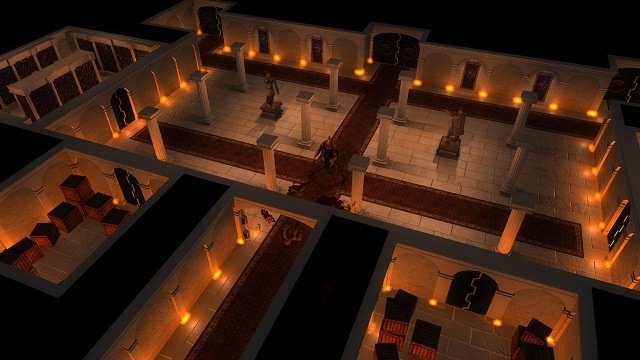 Selling itself on depth of the years gone by The Age of Decadence opts for a brutal level of combat difficultly and actively encourages you to avoid confrontations although it is still possible with a specialised and dedicated team to combat skills. That being said this will definitely come at the cost of other vital game skills such as streetwise, traps, impersonate, etiquette, steal, lockpick and sneak that support an intended style of play.

While the intention of a non combat focus is evident in The Age of Decadence players are by no means forced to take this approach with the game supporting multiple quest solutions and decision orientated dialogue trees across nearly every single mission or encounter. As a Roman themed adventure The Age of Decadence has plenty of political influences and backstabbing throughout the storyline while also mixing in historical elements (although this is mostly fictional with a real world foundation). 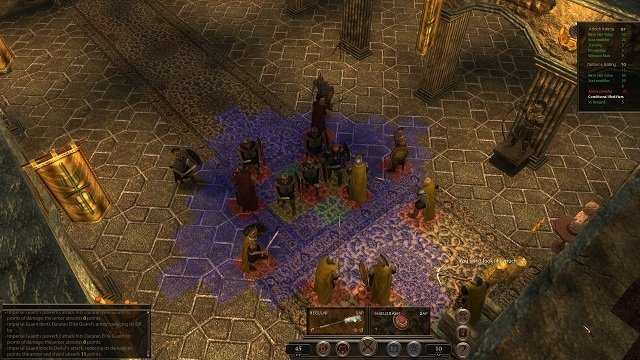 Your slate for this adventure starts from one of eight backgrounds with their own starting allegiances to factions, alternatively you can start completely blank for the real role playing experience as you craft your own backstory. In addition to choosing this background players are offered some basic visual customisation and set their starting statistics (Strength, Dexterity, Constitution, Perception, Intelligence, Charisma) which flow through to starting skill levels (23 skills total) and other modifiers.

Character growth is not through traditional levels either with skill points gained from the 100 odd quests and enemies which can then be spent on skills which are split into combat and non-combat skills from the aforementioned 23 available which sit alongside side talents of alchemy or crafting which are just as vital to survival alongside scavenged items. For those brave enough to attempt a more combat orientated approach weapons are still diverse with a total of 8 types (throwing weapons, daggers, axes, hammers, swords, spears, bows and crossbows) that have their own effectiveness in certain situations. From time to time players will also be joined by NPC fighters although its generally a solo combat affair. 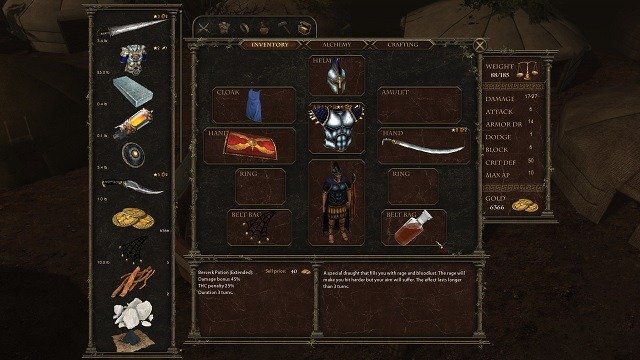 The Age of Decadence can be brutally difficult without the proper planning so it’s best left to those that jump at the option to min-max plan their character and are happy to read the external resources available to do so in an optimal manner.

Games Finder is a Steam Curator and featured in the aggregate review scores data of MobyGames and Neoseeker.
FEATURED ON
Games Like Baldur's Gate, Games Like Fallout, Games Like Wasteland 2
LEAVE A REPLY Cancel Reply

The Age of Decadence